The tragedy of missing persons is as old as mankind itself. Yet there is still very limited understanding of the diverse nature and major impact of this global problem.

There are few comprehensive and reliable statistics regarding the number of persons who go missing throughout the world as a result of trafficking, drug related violence and migration. Even the numbers of persons missing as a result of armed conflict and human rights abuses, which are more intensively monitored, are difficult to verify, given the reluctance of most states to deal honestly and effectively with this issue.

However, during the last two decades there has been a striking evolution in the manner in which the issue of the missing is addressed, particularly following conflict and disasters.  There has also been a corresponding rise in awareness of the need for a concerted international response to the worldwide challenge of missing persons.

Recent advances have been propelled by international efforts to foster the development of peaceful states through transitional justice and rule of law strategies that attempt to redress the legacy of violent conflict and massive human rights abuses. Such strategies have had resonance in cases of persons missing as a result of disasters and other causes, where law-based, forensic approaches are becoming the norm. Furthermore, developments in the field of genetics, the use of modern forensic methods and the creation of dedicated databases have made it possible to locate and identify missing persons with a level of efficiency and certainty that was not previously possible.

These advances are quantifiable. More persons have been accounted for who went missing during recent conflicts and disasters than was the case decades ago. The conflicts that took place in the former Yugoslavia during the 1990s are a case in point. It is estimated that 40,000 persons went missing as a consequence of armed conflict, abuses of human rights and other atrocities. Today, 70 percent of those missing have been accounted for. The mass loss of life following the attacks in New York City on September 11, 2001 is another case in point, where, following extensive efforts, the majority of those killed have been identified. The unprecedented effort by the world’s police forces to account for persons missing from the 2004 Southeast Asian Tsunami is a further example of the ability to pull together resources on an international level, which resulted in accounting for a significant number of missing.

These advances have had an impact on the development of countries emerging from periods of conflict and systematic human rights abuses, and on societies that are coming to terms with large-scale disasters. This has been the case, for example in the countries of the former Yugoslavia, Argentina, Chile and South Africa. In each of these instances states have assumed ownership of the process, efforts have been made to investigate cases properly and to hold perpetrators to account, civil society has been actively engaged and modern forensic methods, including DNA matching, have been used. These factors have also had a significant bearing on criminal trials, strengthening the rule of law and according relatives of the missing not only the right to know the fate and circumstances of the missing, but the means to seek justice and reparations.

Where persons go missing after a disaster, law enforcement agencies generally take the lead, which helps to ensure that up to date techniques, including modern forensic methods, are employed in locating and identifying victims. Such efforts are furthermore anchored in the International Covenant on Civil and Political Rights, and the European Convention on Human Rights (Right to Life), as well as other relevant international instruments which oblige public authorities to conduct effective investigations even when there is no direct state responsibility for a death, or for a person going missing.

The problem of missing persons does not respect borders, whether persons are missing as a result of conflict, human rights violations, disasters, organized violence, or refugee flows and migration. For this reason the issue of the missing is increasingly being understood as a global challenge that demands a structured and sustainable international response as opposed to uncoordinated, ad hoc, situation specific approaches. The role of the international community has also evolved as a consequence of this.

Global initiatives are being examined to locate persons missing as a result of organized violence and within populations of refugees and migrants. Such initiatives will require improved cooperation among states, including better information sharing and better use of advanced communication and data processing mechanisms.

The substantial progress that has already been achieved must be analyzed and reviewed and new concepts and strategies must be explored in order to develop an effective global response to a fundamental and pressing global problem. 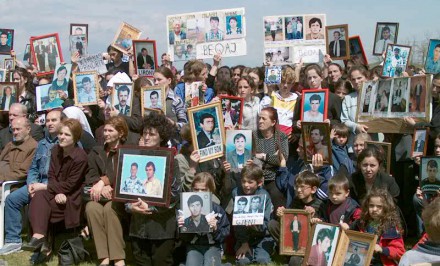 Who are The Missing?

Subjectively, a missing person is anyone whose whereabouts are not known and who is being sought by another person or other persons. The term “missing person” acquires an objective meaning when a person is formally reported as missing, or when an unidentified body is discovered.  The police will search for missing persons who are considered […]

Where are The Missing?

Major migrations, war, political instability and organized crime all contribute to persons going missing. Efforts to advance the rule of law, and technological progress especially in the fields of informatics and the forensic sciences have given investigators powerful tools to locate the missing, often under difficult conditions and after a substantial passage of time. The […]

The large number of persons missing as a result of armed conflicts and human rights abuses is a stark reminder of the failure to safeguard individual rights and to uphold the rule of law. In addition, this large number adds to the fragility of peace and reconciliation processes, and is an obstacle to the development […]

Formal acknowledgement of missing and disappeared persons has always been part of public consciousness. For instance, in the History of the Peloponnesian War, Thucydides records that in a funeral procession of those who had fallen in battle for Athens, “one empty bier was carried decked for the missing, that is, for those whose bodies could […]

Sixteen people took part in the training, which covered scientific methods to locate and identify #missing_persons, with a focus on forensic processes and safeguarding forensic #evidence.