Formal acknowledgement of missing and disappeared persons has always been part of public consciousness. For instance, in the History of the Peloponnesian War, Thucydides records that in a funeral procession of those who had fallen in battle for Athens, “one empty bier was carried decked for the missing, that is, for those whose bodies could not be recovered”. The procession was a public manifestation, woven into the fabric of democratic society, according to Pericles, who is recorded as speaking at one of these occasions. The acknowledgement was symbolic, but the symbolism was important.

In 1863, Henry Dunant, appalled by the treatment of the wounded on the battlefield of Solferino, noted that the dead, as well as those who were mortally wounded, were buried in shallow trenches and then simply declared “missing.” As Florence Nightingale had previously highlighted while working in the Crimea, Dunant also called for changes in military practice with regard to the dead and the missing. Meanwhile, people who went missing in peacetime received scant attention, even though the numbers were substantial. When in 1889, in the United States, the Johnstown Flood killed over 2,200 people the emergency response was borne by private individuals and organizations, notably the newly founded American Red Cross Society. Similarly, following the sinking of the Titanic in 1912, relatives of passengers had access to information only through the White Star Line and various newspaper offices.

However, by the middle of the 20th century, military practice regarding the dead and missing had been reformed and had also come to be applied in peace time. For instance, Germany’s historic Hamburg flood of 1962 received the first operational response from NATO, which also recovered and accounted for the victims. In recent decades relations between civil society and military authorities have changed, enhancing the standing of civil society and law-based institutions.

When the Indian Ocean Earthquake and Tsunami of 26 December 2004 claimed over 8,000 lives in Thailand alone, the response was coordinated by an international police mechanism that located and identified the missing, making use of procedures and standards that had been promulgated earlier under the auspices of Interpol.

Generally, the conduct of today’s investigatory processes, involving prosecutors, courts, forensic scientists and other specialists are based on standards and norms (link to: The Missing/Who Are the Missing?) that underpin and interrelate with law-based institutions, affecting a wide range of issues, including the conduct of effective investigations, safeguarding the rights of families of the missing, and ensuring that justice is served, including reparatory justice and guarantees of non-repetition, where applicable. 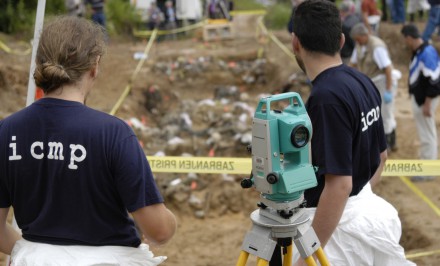 Wrongs of the past, especially those associated with human rights abuses, are most often perceived in terms of violations of rights and an absence of the rule of law. They must consequently be redressed through the reinstatement of both. Investigations that make this reinstatement possible must therefore conform to rule of law standards. This means […]

Generally in the field of processing personal data, including genetic data, the interests and welfare of the individual have priority over the rights and interests of society. The collection, use and storage of human genetic data must therefore be in conformity with the principles of informed consent, wherever possible, and confidentiality and anonymization of personal […]