A leading forensic scientist and a representative of families of the missing have delivered DNA samples to ICMP’s laboratory system in September, inaugurating a program through which ICMP will help the authorities in Brazil in their efforts to identify the remains of people who were victims of enforced disappearance almost half a century ago.

A Man on a Mission to Help Families of the Missing

Dr. Samuel Ferreira, the Scientific Coordinator of Brazil’s Special Commission on Political Deaths and Disappearances, calculates that in the last two years he has travelled roughly 44,000 kilometers in order to collect blood samples from family members of people who went missing during the 1964-1985 military dictatorship.

Dr Ferreira is the scientific coordinator of the Perus Working Group (PWG) which was established three years ago to identify bodies that were interred in a clandestine mass grave in the Dom Bosco Cemetery in Perus, Sao Paulo. The bodies were buried between 1971 and 1975.

“I collect every family blood sample myself, accompanied by a representative of the Special Commission,” he says, stressing that the identification project is premised on the needs and aspirations of the families of the missing. “We go when and where the families want us to go. We collect samples according to the wishes of the family and with the formal consent of the family.” Dr Ferreira also notes that family members have full access to the different stages of the identification process and participate in meetings that are held with project staff every three months to discuss next steps. The families were directly involved in the working group’s decision to seek the assistance of the International Commission on Missing Persons (ICMP) in identifying remains from the Perus cemetery. 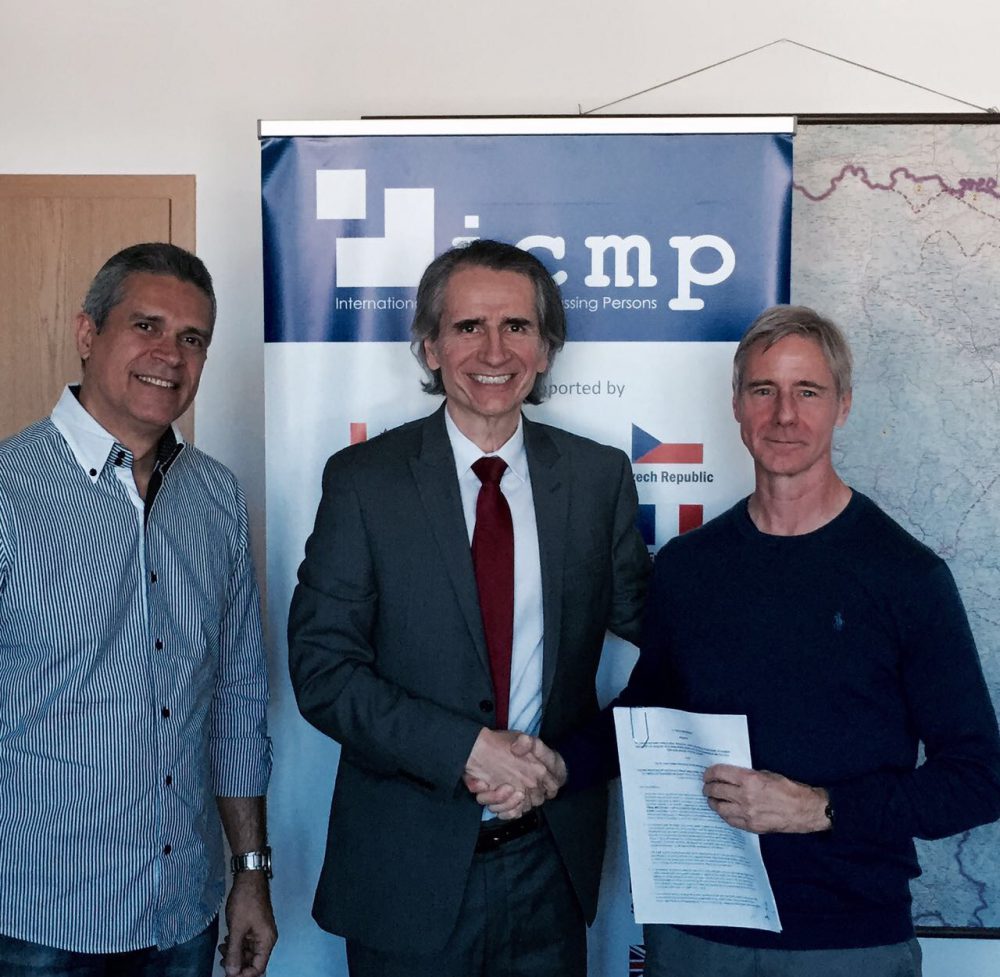 Over a Thousand Missing for Over 40 Years

More than 1,000 people were buried in the clandestine mass grave, which was discovered in September 1990. The PWG is focused on identifying 41 people who are believed to have been victims of enforced disappearance under the dictatorship. So far, 77 blood samples have been collected from family members of 33 of these people and about 700 human remains have been submitted to forensic anthropological analysis in Brazil. DNA profiles are being extracted systematically from each set of remains.

“Many of the bodies were comingled,” Dr Ferreira says. “The initial exhumation was performed not by forensic experts but by cemetery staff in 1990. After that, until 2014 when the PWG was established, the remains were not stored in the best conditions.”

Three years ago, after some haphazard starts between 1990 and 2014, the Brazilian authorities formed the working group. “We have a high-quality multidisciplinary forensic team,” Dr Ferreira says. “We have forensic anthropologists, forensic pathologists, forensic dentists, forensic geneticists, archeologists and historians. We have consultants of the Special Commission, official forensic experts who work at Institutes of Legal Medicine, supported by cities and communities and by the Ministry of Justice, as well as the Brazilian Forensic Anthropology Association and universities. We started from scratch but now we have a team that works harmoniously and well.” The team, he says, follows “strict and rigorous” international scientific protocols and ethical and human rights principles.

The PWG approached ICMP because it has a standing capacity to process large numbers of DNA profiles and because it is the global leader in extracting profiles from severely degraded bone samples, and in helping to direct and integrate the use of DNA testing into large, complex identification efforts.

“Brazil has excellent official DNA laboratories,” Dr Ferreira says “but we do not work on a large scale and with large numbers of severely degraded bone samples. In this case, we have around 1,300 bone samples to be processed and many of them are degraded samples, so we needed a laboratory to work in partnership that could process the samples within the timeframe the project requires. I am sure that we will have a very productive and successful partnership with ICMP.”

Dr. Thomas Parsons, ICMP’s Director of Science and Technology, has worked with Dr. Samuel Ferreira over a period of several years to formulate plans for the best technical approach to be brought to bear on this difficult and long-standing challenge. “It remains to be seen how much DNA can be recovered from these cases, but ICMP’s experience based on similar material and the good physical preservation of the skeletal remains are grounds for optimism,” he says. “After obtaining DNA profiles, evaluation of family matches will be conducted by ICMP genetic kinship experts using advanced software. After DNA associations are detected, ICMP will work in partnership with the Perus working group on a case-by-case basis to properly evaluate and integrate the DNA evidence, hopefully resulting in identifications and the long-awaited return of the missing to their families.”

As part of the agreement between the Special Commission and ICMP, supported by the UN Development Program, Dr. Ferreira brought the first set of post-mortem samples and family members’ samples to ICMP’s laboratory in Sarajevo on 14 September. Additional samples will be processed at ICMP’s new laboratory at its headquarters in The Hague.

Dr. Ferreira says 14 September “was an important date in our history because we are finally at the stage of providing answers to families who have waited for more than 45 years for their loved ones to be located and identified. I am sure that we have taken another important step forward with regard to themes such as memory, truth, justice and human rights.”

ICMP will provide the Perus working group with access to the ICMP’s Online Inquiry Center (OIC), which permits real-time access to the status of testing on individual samples. 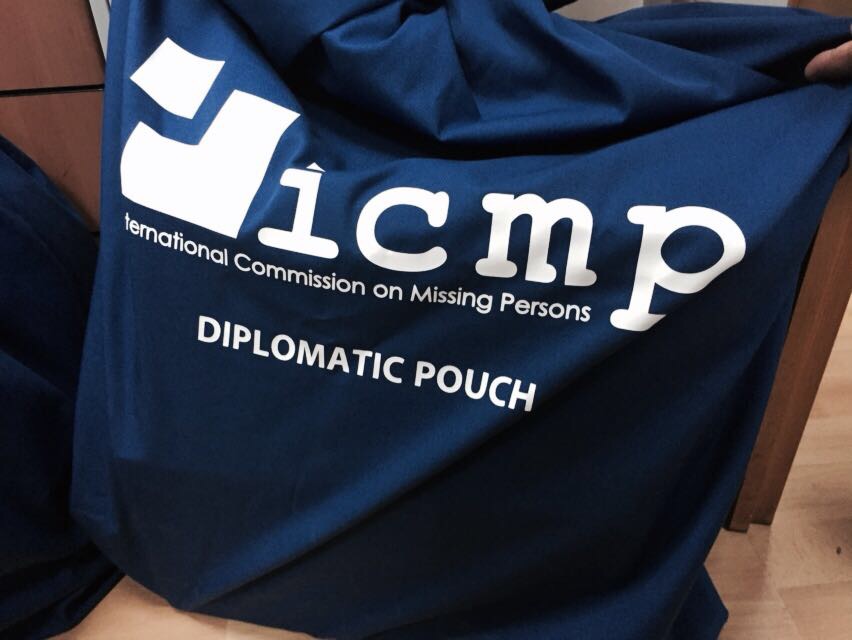 Always With the Families

Dr Ferreira travelled to Sarajevo with Mr Helder Duarte, the nephew of one of the victims believed to have been buried in the Perus cemetery. Mr Duarte says a new generation of family members has assumed responsibility for accounting for those who disappeared. “Those who are still alive have had to deal with a scar that never heals,” he says, “because one member of the family, one part of their history disappeared and they don’t know what happened and where the remains are.”

Mr Duarte insists that searching for the missing is an integral part of consolidating democracy. He says families have come together and have worked with the relevant government agencies because “lessons should be learned from everything that has happened – in life and in politics – so that bad things are not repeated and so that we can learn from positive things.”

“The institutions that are dealing directly with the issue of missing persons in Brazil, such as the Special Commission and the Secretariat (for Human Rights of the Ministry of Human Rights), are doing their best and I believe that family members will support them even more after what we have seen here,” Mr Duarte said after touring ICMP’s Sarajevo laboratory. “It was important for us to come. I will tell the other families that with the high quality of DNA testing that I have seen here, that finally we may have an answer.”