After the outbreak of fighting in 1983 between the Sinhalese-led government in Colombo and a variety of armed Tamil separatist movements that were eventually absorbed into the Liberation Tigers of Tamil Eelam (LTTE), the population of Sri Lanka were subject to systematic human rights abuses. The period immediately before and after the LTTE defeat by government forces in 2009 was characterised by systematic abuses. According to international human rights agencies, both the government and the rebels were responsible for tens of thousands of citizens going missing during the war. The broader conflict was exacerbated from 1987 to 1989 by fighting in the south of the country, principally among Sinhalese, between members of the Marxist JVP party and the Sri Lankan security forces.

A report issued by Human Rights Watch (HRW) in 2008 noted that in 2006 and 2007 the UN Working Group on Enforced and Involuntary Disappearances had recorded more new cases in Sri Lanka than anywhere else in the world.

A report by the UN Secretary-General’s Panel of Experts on Accountability in Sri Lanka, published in 2011, found that “tens of thousands lost their lives from January to May 2009, many of whom died anonymously in the carnage of the final few days.”

The UN Panel and a variety of human rights organisations found that agencies established by the government of President Mahinda Rajapaksa to investigate human rights violations, including forced disappearances, lack the political support to operate effectively.

A UN report on Sri Lanka published in September 2015 found that the conflict had given rise to “a horrific level” of violations and abuses, including indiscriminate shelling, extrajudicial killings, enforced disappearances, torture and sexual violence, recruitment of children and other grave crimes. The Sirisena government responded to growing pressure for an accountable judicial process by announcing a series of measures, including the setting up of a Missing Persons Office, a Special Counsel’s Office and a Truth Commission, and appeared to open the door to the possibility of participation by international lawyers in domestic war crimes processes. 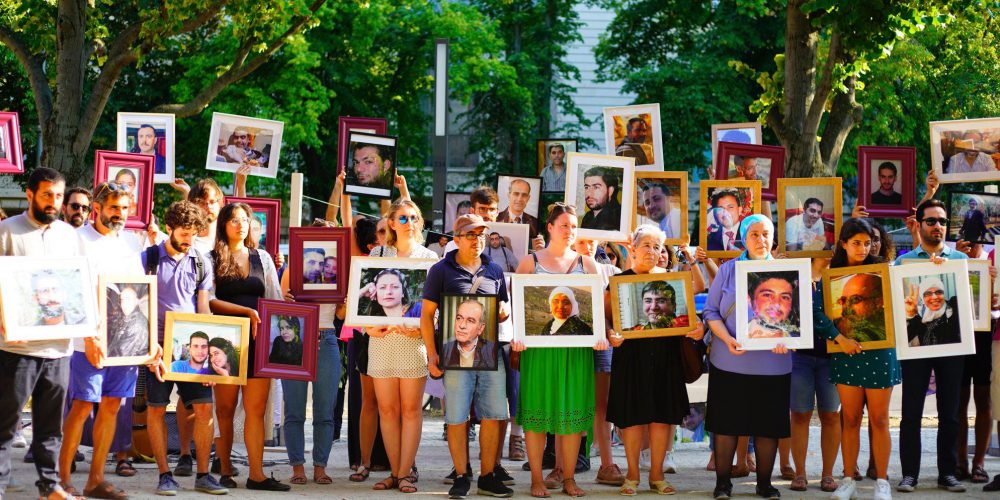 h J R
With support from #ICMP and @UKforSyria, Amal's Healing and Advocacy Center have created a video to shed light on the suffering of #Syrian women with missing relatives and to highlight the women’s work to assert their ​rights to truth, justice and reparations. #missingpersons 2/2 https://t.co/yIN2P77BsO