The Hague: 24 October 2017: The International Commission on Missing Persons (ICMP) is at the forefront of a global effort to address the issue of missing persons, ICMP Director-General Kathryne Bomberger said today at the opening of a state-of-the-art DNA laboratory at ICMP’s new Headquarters in The Hague.

ICMP’s laboratory system focuses exclusively on missing persons identification and utilizes Next Generation Sequencing (NGS), a technique that is expected to deliver an exponential increase in the power of DNA identification.

“Countries must tackle the issue of missing persons in a coordinated and systematic way that respects the rights of families of the missing – and this is what ICMP can help them do,” said Ms. Bomberger.  ICMP has forged new relationships with governments and other partners around the world since it assumed the status of a treaty-based intergovernmental organization in 2015, she added.

Former Norwegian Foreign Minister Knut Vollebaek, representing the ICMP Board of Commissioners at today’s event, stressed that ICMP’s work “is premised first and foremost on action, on getting things done,” and he noted that with the new laboratory system and the new Headquarters up and running, ICMP “now has the structure, the programs, the facilities and – most importantly – the people to carry programs forward.” 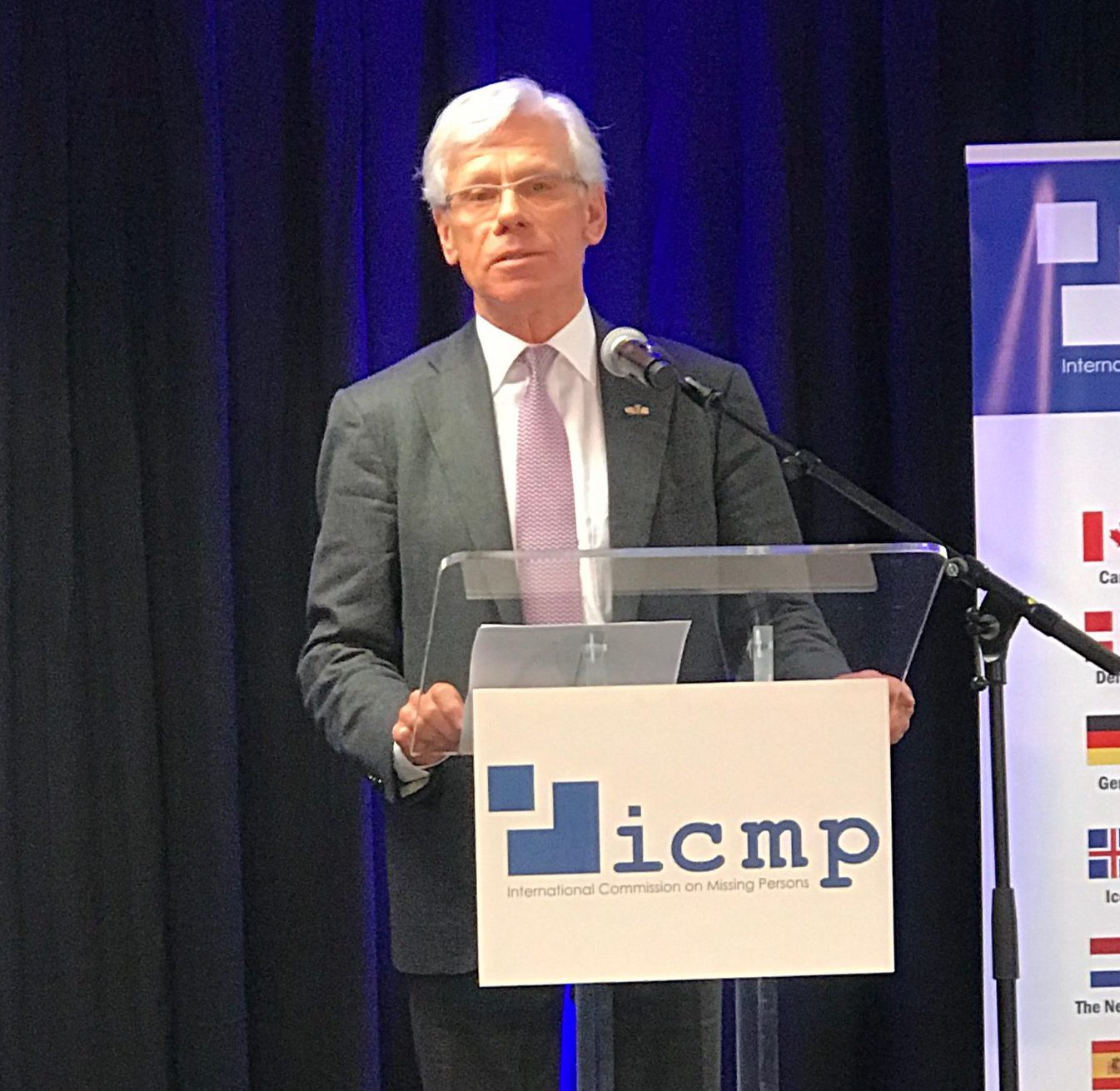 ICMP’s operations around the world reflect a new international consensus that the issue of missing persons cuts across judicial and national jurisdictions and can only be tackled effectively by applying dedicated techniques as part of a coordinated multinational approach, Mr Vollebaek said, adding that, “ICMP’s mandate – to secure the cooperation of governments and others in locating and identifying missing persons from conflict, human rights abuses, disasters, organized crime, irregular migration – and its two-decade track record of deploying successful social, scientific and political strategies with partners around the world – have given it an indispensable role in promoting and supporting the global response to the challenge of missing persons.”

Dutch Foreign Minister Bert Koenders, Deputy Mayor of The Hague Saskia Bruines, and Deputy Prosecutor of the International Criminal Court James Kirkpatrick Stewart also spoke at the event, along with two representatives of families of the missing, Ingrid Gudmundsson, a retired Mathematics teacher from Sweden who lost her daughter and granddaughter in the 2004 Indian Ocean Tsunami, and Muhanad Abdul Husn, an engineer from Syria who was twice detained by security forces in Syria, and is now researching the social context of genocide.