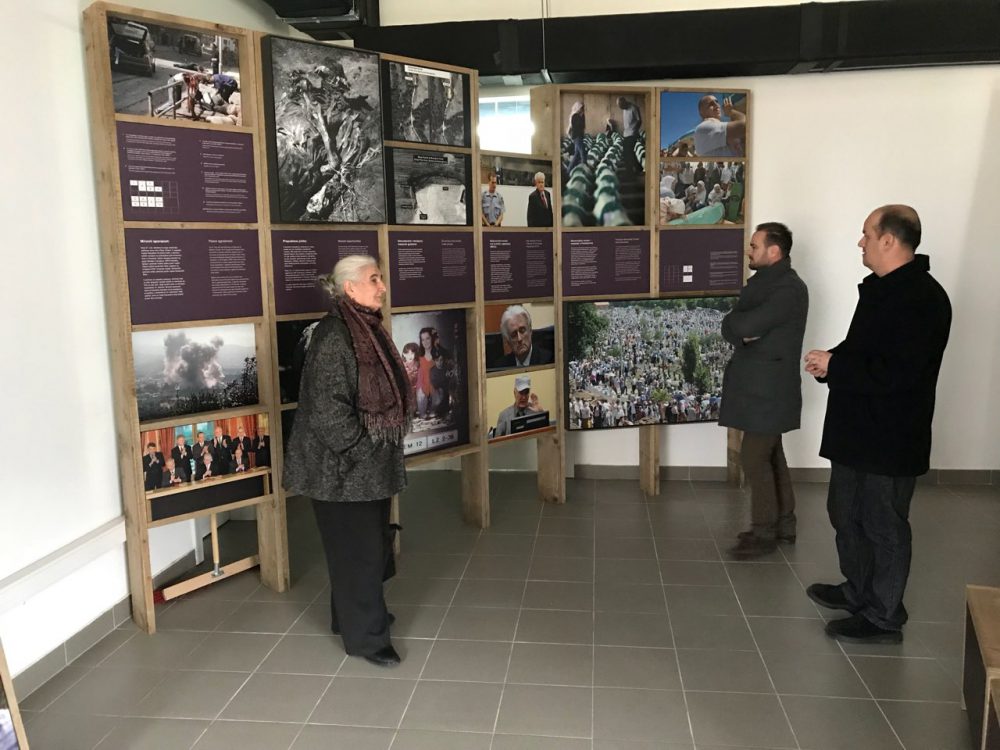 Sarajevo, 9 March 2018: The Director of Albania’s Institute of the Formerly Politically Persecuted, Bilal Kola, led a training and study mission to Sarajevo this week as part of an ICMP initiative to help Albania develop its capacity to address the issue of missing persons.

During the visit, which ended today, six staff members from the Institute of the Formerly Politically Persecuted were trained in ante-mortem data collection and reference sample collection at ICMP’s facilities in Sarajevo and Tuzla. ICMP also provided training in the use of its Integrated Data Management System (iDMS), which will be used to assist the Albanian authorities in compiling a list of missing persons and members of their families.

The Head of ICMP’s Western Balkans Program briefed Mr Kola on key elements of ICMP’s strategy in Bosnia and Herzegovina, where it has spearheaded an effort that has made it possible to account for more than 70 percent of those who went missing during the conflict of the 1990s.

“The work that ICMP has done in Bosnia and Herzegovina is unprecedented, and meeting all the people involved in the process of accounting for the missing has equipped us with necessary expertise for the task that is ahead of us,” Bilal Kola said.

“We are in the final stages of concluding a Cooperation Agreement with the Council of Ministers of Albania which will enable ICMP to start important work in Albania as soon as possible. The pilot project includes efforts to identify missing persons recovered from the mass grave discovered near Mount Dajti northeast of Tirana in 2010 and from a site in Ballsh in southern Albania,” the Head of ICMP’s Western Balkans Program, Matthew Holliday, said.

“This is only a modest beginning. ICMP intends to help the Albanian authorities to scale up the project in coming years to help resolve as many as possible of the approximately 6,000 missing persons cases from the Communist era,” he added.

Mr. Kola and Mr. Holliday met with representatives of the Missing Persons Institute of Bosnia and Herzegovina, the Office of the Ombudsperson, the Ministry of Human Rights and Refugees, and families of the missing.

The visit of the Albanian delegation to BIH was undertaken as part of an ICMP project to help Albania account for missing persons from the Communist Era. The project, which began in July 2017 and will run until December 2018, is funded by the EU.

People executed during the Communist era in Albania (1945-1991) were interred in mass unmarked graves near detention centers, prisons and labor camps. Since 1991, the authorities have adopted more than 24 legislative acts addressing the issue of victims of the former regime, but uncertainty remains about the fate of missing persons and the location of gravesites.

ICMP and the Albanian authorities are in the final stages of concluding a Cooperation Agreement that empshasizes the rights of family members of persons who went missing, in particular by ensuring that the whereabouts of the missing and the circumstances of their disappearance are investigated effectively.