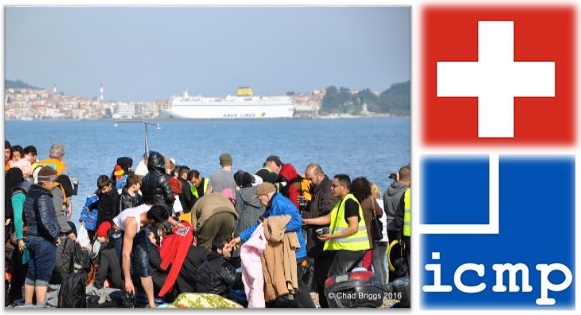 The Hague, 18 December: On the Occasion on International Migrants Day today, the International Commission on Missing Persons (ICMP) is pleased to announce that it has just been granted 400,000 USD over the next two years by the Federal Department of Foreign Affairs (FDFA) of Switzerland to support ICMP’s Missing Migrants Program for the Mediterranean Region. The objective of the program is to improve cooperation and technical processes among government authorities to account for migrants who go missing trying to cross the Mediterranean.

The program is designed to strengthen the capacity of Mediterranean countries to locate and identify missing migrants.

“ICMP has developed a strong and effective working partnership with the government of Switzerland over a considerable period of time, and this grant will allow us to provide targeted assistance in a policy area that has implications for a number of countries, particularly in Europe and the Middle East and North Africa,” ICMP Director-General Kathryne Bomberger said today. “We are grateful to the Swiss Federal Department of Foreign Affairs for their support to strengthen the capacity of states to address this tragic issue and to hopefully enhance assistance to survivors whose family members have gone missing.”

“Switzerland recognizes the pressing need for effective efforts to reduce the human suffering created by irregular Mediterranean migration,” said Urs Breiter, Ambassador of Switzerland to the Netherlands. “ICMP’s Missing Migrants Program will enhance the coordinated use of existing resources in the Mediterranean, and this is something that the Swiss government fully supports.” 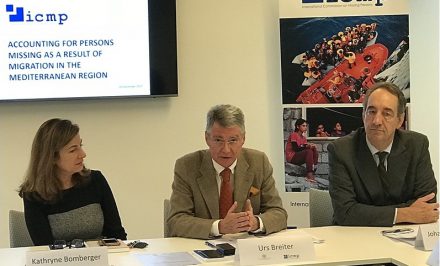 H.E. Mr. Urs Breiter, Ambassador of Switzerland to the Netherlands, at the second Roundtable Meeting on Support to Mediterranean Countries Confronting Missing Refugees and Migrants held at ICMP on 18 December 2017.

The ICMP Missing Migrants Program is scheduled to run at least until June 2019.