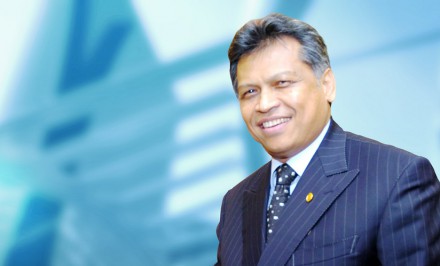 The Hague, 1 December: The Commissioners and staff of the International Commission on Missing Persons are saddened by the sudden death of Surin Pitsuwan, who has been an ICMP Commissioner since June 2016.

ICMP extends its sincere condolences to Surin’s family and to his many friends and colleagues around the world.

“In the short period in which Surin was a Commissioner he had made a deep and positive impact and he will be genuinely missed,” ICMP Director-General Kathryne Bomberger said today.

“Surin was invited to become an ICMP Commissioner because of his unparalleled knowledge of a region where the issue of missing persons is emerging as one of the key contemporary challenges,” Bomberger added. “He was effective and resourceful and quickly identified strategies that had the greatest likelihood of enabling ICMP to contribute to the effort to address the issue of missing persons in Asia.”

Surin served as Thailand’s Foreign Minister from 1997 to 2001 and as Secretary-General of the ASEAN group of nations from January 2008 to December 2012. After joining ICMP in the summer of 2016 he attended the annual meeting of the Commissioners, in Stockholm, in June this year. He died of a heart attack on Thursday in Bangkok at the age of 68.