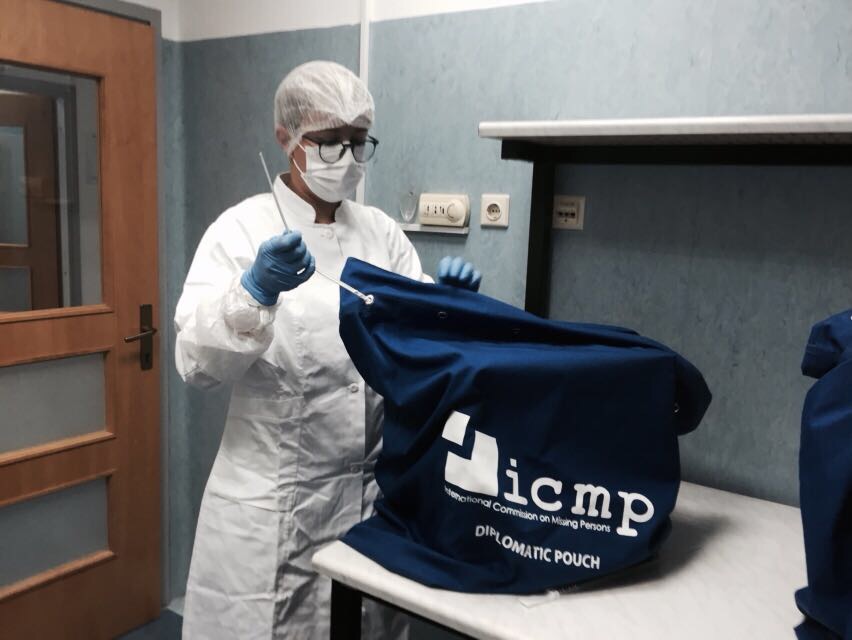 “This was an extremely complex undertaking,” said Dr. Samuel Ferreira, the Scientific Coordinator of Brazil’s Special Commission on Political Deaths and Disappearances, who is also the scientific coordinator of the PWG and director of the Forensic DNA Research Institute in Brasília. “The genetic identification was confirmed by anthropological, odontological and ante-mortem information, regarding height, age, dental records and gunshot trauma. It ends 47 years of waiting for the victim’s relatives. This motivates us, the families and the cause. The expert team in Brazil have done an excellent job in partnership with ICMP.”

Dr. Parsons said the identification process is the result of an effort that brings together interconnected elements, noting that “ICMP worked with our partners in Brazil to formulate an approach to the use and interpretation of DNA in this complex project, including the multi-disciplinary integration of evidence.”

Dr. Parsons and Dr. Ferreira worked together over a period of years on the technical approach to this difficult and long-standing challenge.

More than 1,000 people were buried in the clandestine mass grave, which was discovered in September 1990. The PWG is focused on identifying 41 people who are believed to have been victims of enforced disappearance under the dictatorship.

ICMP has a standing capacity to process large numbers of DNA profiles and is the global leader in extracting profiles from severely degraded bone samples and in helping to direct and integrate the use of DNA testing in large, complex identification efforts.

The president of Brazil’s Special Commission on Political Deaths and Disappearances, Dr. Eugênia Gonzaga, said that with this result, the PWG and the entities that compose it present a concrete response to society and especially to relatives of the dead that the partnership with ICMP has been very important in this process.

As part of the agreement between the Special Commission and ICMP, supported by the UN Development Program, the first set of post-mortem samples and family members’ samples were transferred to ICMP’s laboratory system on 14 September by Dr. Ferreira and a relative of one of the missing, Mr. Helder Duarte.

“I’m sure that with this work, this identification and this partnership with ICMP we have taken another important step foward with regards to themes such as memory, truth, justice and human rights”, said Dr. Ferreira.

The Perus Working Group has been a successful experience from the point of view of management, scientific and forensic expertise, partnership with ICMP, and the relationship with families, Dr Ferreira said. “We have travelled roughly 44,000 kilometers in Brazil in the last two years in order to collect blood samples from all family members and this was essential for the identification process of Dimas Casemiro.