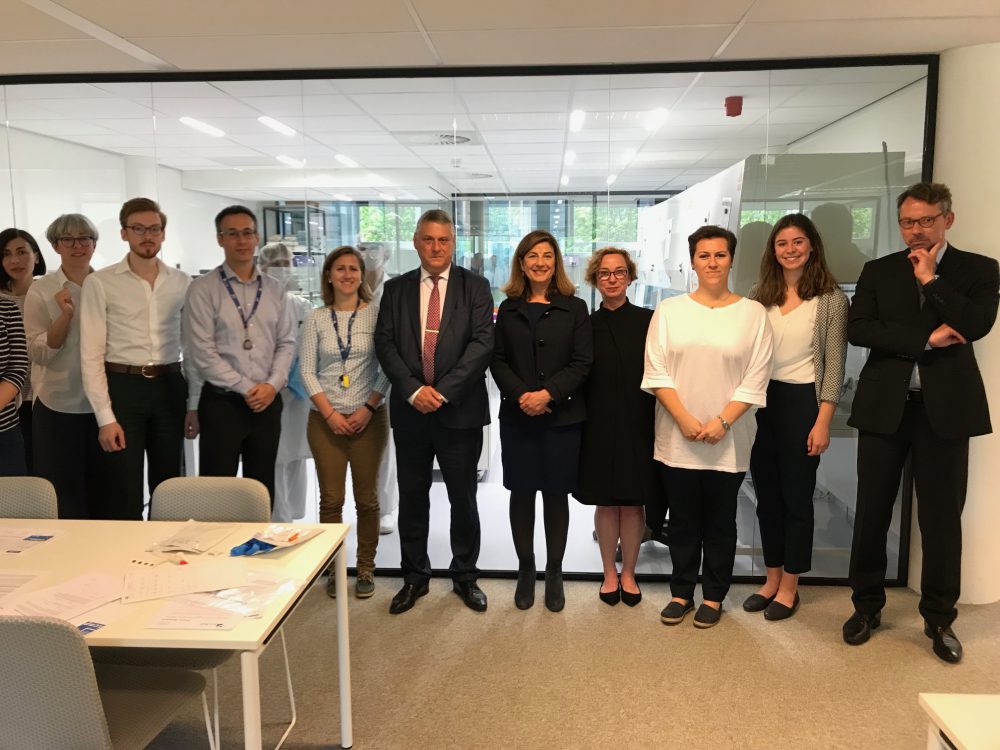 The Hague, 9 May 2018: Mr Rüdiger Kȍnig, Director-General for Crisis Prevention, Stabilization, Peacebuilding and Humanitarian Assistance in the German Ministry of Foreign Affairs, visited the International Commission on Missing Persons today, together with Gräfin Verana von Roedern, Minister Counsellor at the German Embassy in The Netherlands.

ICMP Director-General Kathryne Bomberger briefed the visitors on key ICMP programs that are supported by Germany, and highlighted programs, such as ICMP’s Center for Excellence and Training (CET) and its Disaster Victim Identification (DVI) platform, for which ICMP is seeking international support. The CET and DVI platform are designed to operate as global resources to help countries implement effective strategies to account for missing persons.

Germany has supported ICMP’s program in the Western Balkans since 2001, making it possible to account for more than 70 percent of those who went missing during the conflicts of the 1990s. Since 2010 In Iraq, Germany has made it possible for ICMP to assist the Iraqi authorities in creating a sustainable process of accounting for all missing persons in a transparent and impartial manner, including investigating missing persons cases (many from the Yezidi community) relevant to Da’esh crimes.

In 2009 and 2010, Germany supported ICMP’s initial program in Colombia, and in 2016 it helped ICMP prepare a roadmap for implementing effective measures to account for missing persons in the context of the Colombia Peace Agreement. Germany has also provided funding to enable ICMP to help Sri Lanka account for the tens of thousands of persons who went missing in the 25-year conflict.

Among other things, Director-General Bomberger expressed the hope that the German government will support ICMP’s Missing Migrants Program, and she highlighted the potential for helping ICMP in its efforts to work with the authorities in Mexico to establish a coordinated missing persons database system.

Germany participates as an observer in ICMP’s Financial Committee and Conference of States Parties.