The grants, in total worth more than €77,000 and financed by the European Union, will also support projects that aim and to raise awareness about justice processes.

“In cases where persons are missing as a result of conflict or human rights abuses, ICMP works with survivor groups to rebuild trust between citizens and the state, and to support civil society’s participation in the creation of institutions, legislation and commemorative events and other forms of memorialization relevant to missing persons,” Matthew Holliday, Head of ICMP Western Balkans Program said at an online event held this week to kick off the projects. Addressing the grant recipients, he added:

“The projects which you have just now started implementing can – and I believe will – make an impact in terms of protecting the rights of survivors and families of the missing, and in commemorating those who perished in the Communist labour camps and detention facilities.”

Simon Mirakaj, a member of the board of the Authority on Opening the Communist Era Security Files, lauded the organization representatives’ commitment and said he hoped their projects would have a significant impact on Albania’s efforts to account for missing persons.

Frédérique Hanotier, Policy Officer for Human Rights and Democratisation at EU Delegation to Albania, said: “The partnership between the ICMP, the Authority on Opening the Communist Era Security Files,  and the civil society, including families of the missing persons’ associations, is fundamental in the overall approach of transitional justice and reconciliation.”

“Families of missing persons and CSOs will learn more about their rights, and will be empowered to advocate for the protection of their human rights, but also to raise awareness in society about the benefit of addressing the past openly and transparently,” she added. “Our goal is to support your initiatives and through it, democratic processes and the fundamental values underpinning the rule of law.”

Projects financed by the grants include awareness-raising campaigns, analysis of legislation related to missing persons and the construction of a memorial honoring the missing.

Thousands of persons are classified as missing in Albania, following disappearances that were the result of systematic human rights violations during the Communist era in Albania. Official data on missing persons and on judicially or extra-judicially imprisoned or executed victims between 1945 and 1991 is incomplete, but widely cited estimates indicate that more than 5,000 people were executed and interred in mass unmarked graves near detention centers, prisons and labor camps.

ICMP is a treaty-based international organization that seeks to ensure the cooperation of governments and others in locating missing persons from conflict, human rights abuses, disasters, organized crime, migration, and other causes, and to assist them in doing so. ICMP also supports the work of other organizations in their efforts, encourages public involvement in its activities and contributes to the development of appropriate expressions of commemoration and tribute to the missing.

Keep an eye on our website and Social Media channels to learn more about great work of many women leaders from around the world on this #IWD2021 https://t.co/tQBtB7vJwv

h J R
“The best advice I can give to other women leaders is not to give up, to always continue despite the pain, the sadness, the disappointments, and to always get up again and continue,” says Marcela Granados, activist leader from Colombia, for #internationalwomensday2021. #IWD2021 https://t.co/M0lb7nYj97 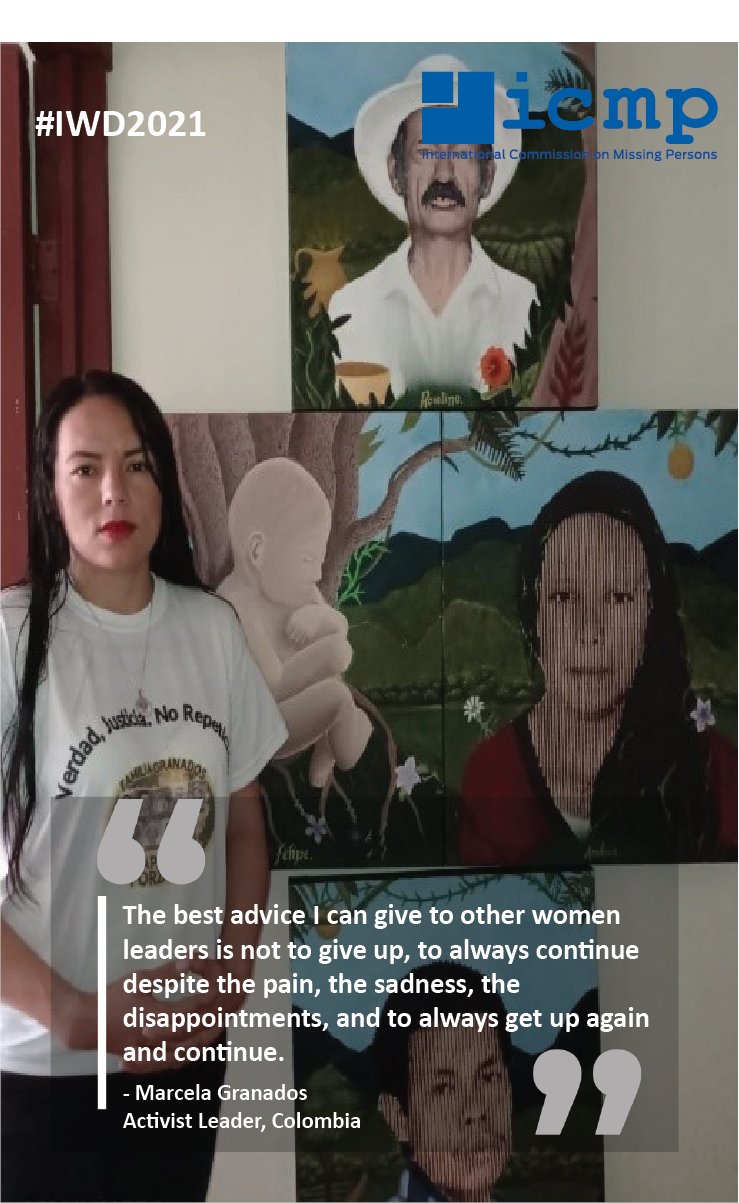 h J R
“Be patient and believe in your abilities and your cause. Be consistent on your principles and values.” says Ghada Abu Mesto, Executive Director of Dammah-Hug Foundation, a Lebanon-based Syrian organization for #internationalwomensday2021. #IWD2021 https://t.co/h6tBe1sTQ9 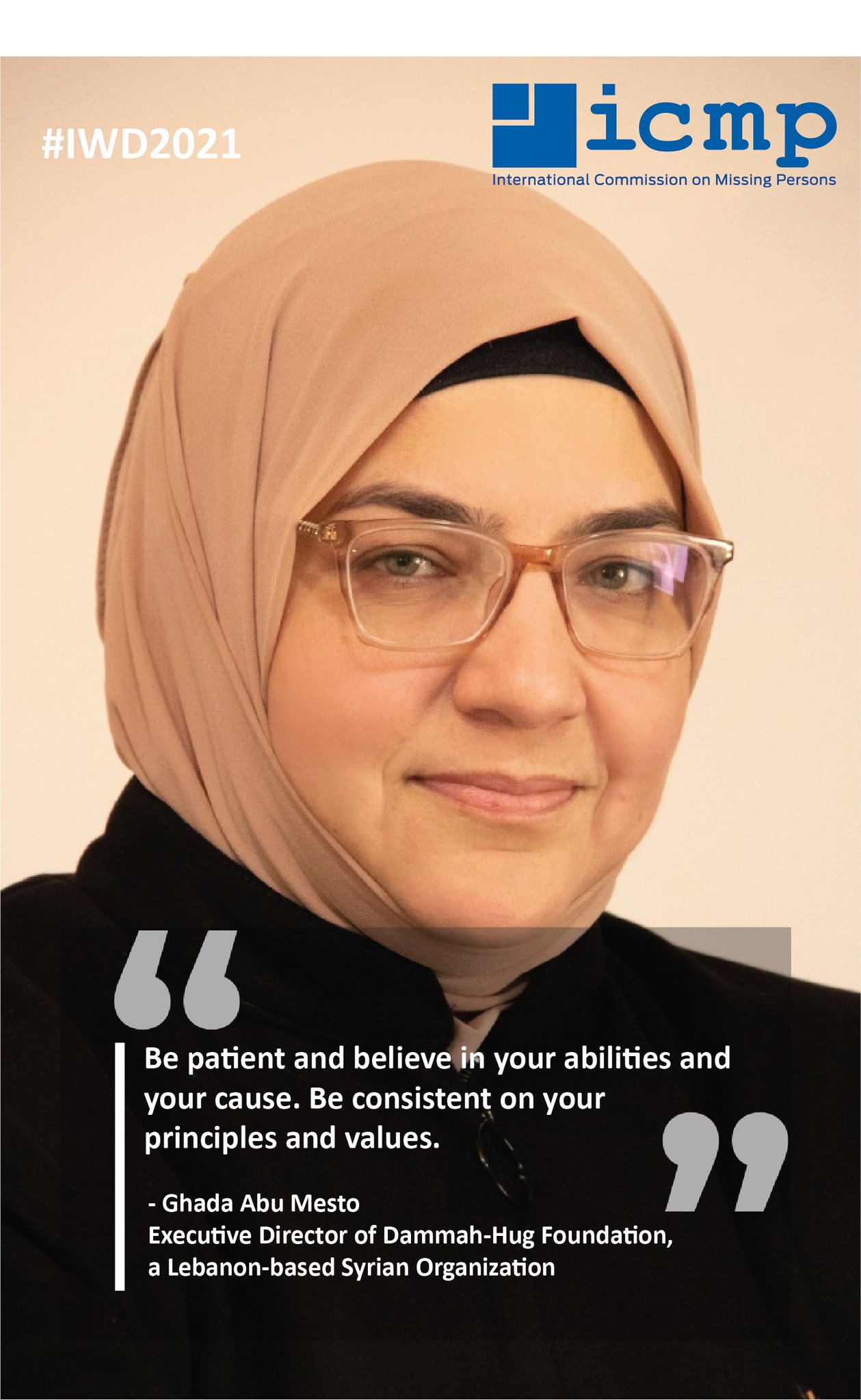 h J R
"As a #woman, you will face more obstacles than men, but donot let that discourage you. IT IS POSSIBLE for us to empower each other &change the lives of those around us.” - Feride Rushiti, Executive Director of the Kosovo Center for the Rehabilitation of Torture Victims. #IWD2021 https://t.co/PrONYTaR2b 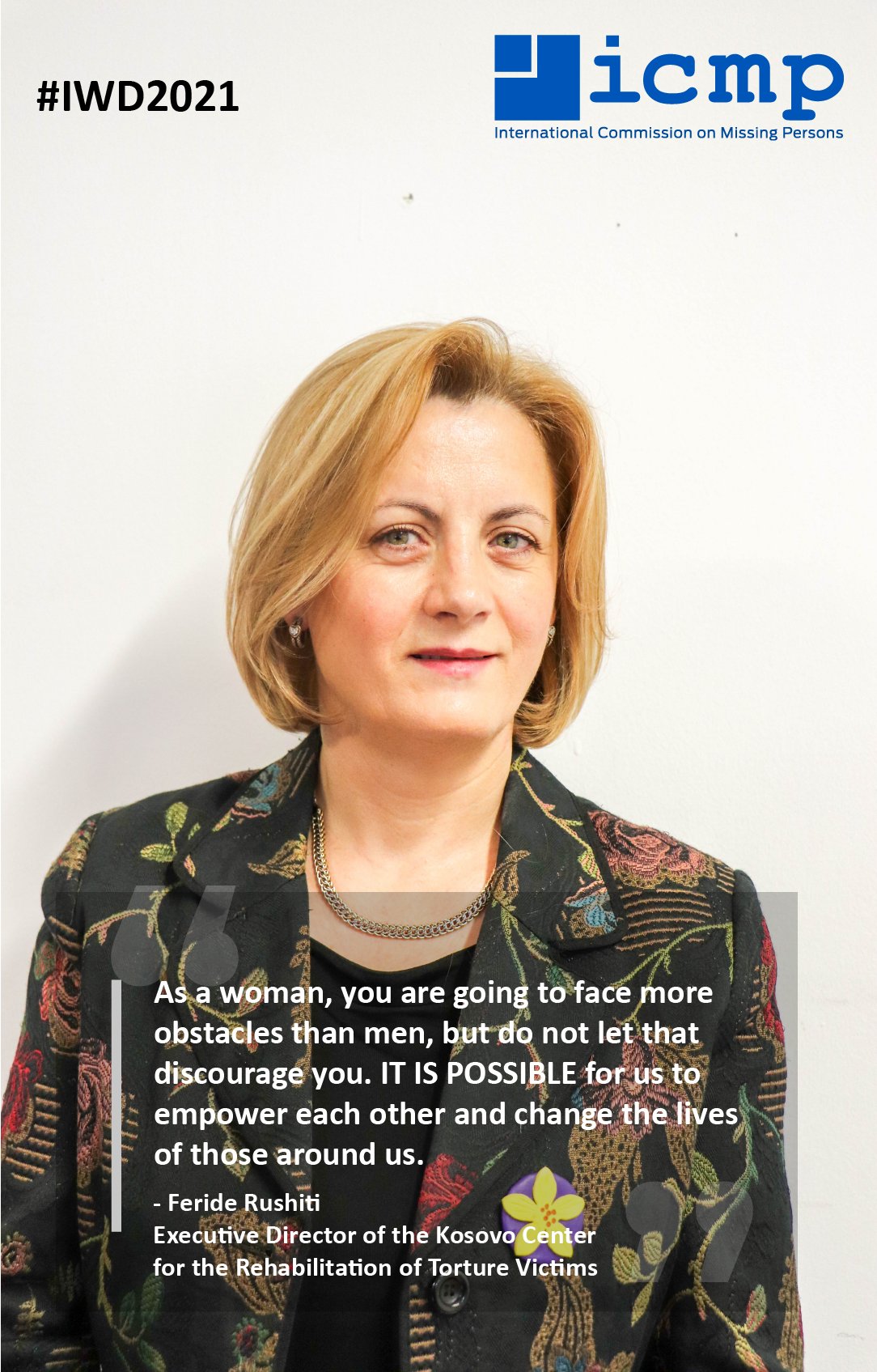