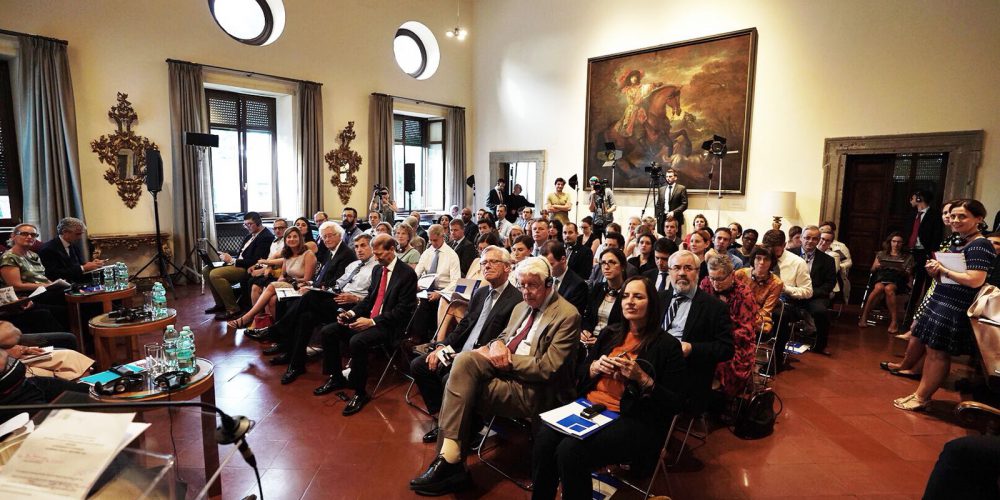 Rome, 11 June 2018: Families of missing migrants in the Mediterranean region participated in an event titled “Profiles of the Missing: the Journey to Europe and the Rights of Missing Migrants,” organized by the International Commission on Missing Persons and hosted by the Swiss Embassy in Rome today.

The families, together with policymakers and international organizations working on the migration issue, shared their experiences and developed recommendations on effective efforts to account for missing migrants. They also called for the rights of families of the missing to be upheld.

Family members described their experiences, and their response to personal loss, as well as their continuing efforts to find their relatives. They also spoke of the failures and systemic challenges that must be overcome in order to access their right to truth, justice and reparations.

The award-winning Swiss journalist and broadcaster Philipp Zahn, who moderated the discussion, commended the panelists for their fortitude in speaking about personal suffering.

Bakary Jamada from The Gambia described torture at the hands of kidnappers in Libya, and his seven unsuccessful attempts to reach sanctuary in Europe before he finally succeeded at the eighth attempt.

Kazem Othman from Syria spoke about his family’s harrowing journey to Europe and his attempts to locate his four-year old son, who went missing when the boat they were travelling in sank just off the coast of Turkey. Kazem described his exhaustive efforts to trace his son, whom he believes survived the crossing, efforts that were often hampered by the restraints that are placed on migrants who survive the journey to Europe.

Walid Khalil Murad experienced the attack on Sinjar in December 2014. He and his family escaped from Iraq and reached the coast, but when they were almost within sight of the Greek coast the boat sank. Walid lost his wife, his three children, his sister and two nephews and a niece. “My family was lost before my eyes,” he said. “I can hear their voices. My children calling me, father, help us. How can I forget.”

Journalist and human rights activist Meron Estefanos spoke about the ways in which unscrupulous individuals prey on families who are desperately trying to locate their loved ones, noting that “many of these families not only miss their loved ones, they are exploited by people who claim they can help.”

Judith Sunderland of Human Rights Watch spoke about the role of states, noting that “Governments have an obligation to help – regardless of the status of the victims.”

Federico Soda, the Director of IOM’s Coordination Office for the Mediterranean, described the changing pattern of migration, noting among other things that although the number of migrants has declined, the proportion of fatalities has actually risen. He also noted that in Libya “there is suffering at the hands of traffickers, smugglers, and other criminal networks, and almost systemic abuse of women.”

Luigi Maria Vignali, the Director General for Italian Citizens Abroad and Migration Policies at the Italian Ministry of Foreign Affairs, called for “shared responsibility” among countries, and said Italy believes that “identifying missing persons can help to build bridges between Europe and Africa” and he called for countries in the northern side of the Mediteranean to send “a powerful message of compassion, solidarity and empathy.”

“Since 2017 Switzerland has enjoyed observer status at ICMP,” Swiss Ambassador H.E. Mr. Giancarlo Kessler said. “In this capacity we are supporting the ICMP initiative to support a joint process in the Mediterranean region. We are convinced of the urgency of the of missing migrants’ issue, from a human rights as well as humanitarian perspective – and certainly as a key issue of contemporary migration governance. We all need to be concerned.”

ICMP Commissioner Judge Sanji Monageng noted that people are fleeing violence and poverty “and their migration is accompanied by suffering and by systematic crime and exploitation”. Because of this, she said, “It is essential that we respond to the crisis with solidarity and compassion and also with a robust approach that is firmly based on the rule of law and on an affirmation of the rights of survivors.”

ICMP Commissioner Thomas Miller recognized the enormous challenges faced by countries in the Mediterranean region and the measures they have already taken, and he said it is possible “to lift some of the burden from countries” by developing and proposing practical responses. He noted that ICMP has been working steadily on this since it first organized a high-level discussion on the issue of missing migrants at the UN Security Council in January 2016.

“Profiles of the Missing” is an ICMP public forum that brings together families of missing persons to examine core elements of the missing persons issue, raise public awareness, make recommendations, and demonstrate to policymakers that the issue of missing persons is an indispensable element in addressing regional security, conflict-prevention, peace building and international justice. The active participation of surviving relatives of the missing is central to the Profiles approach. The first Profiles event was held in The Hague in 2016 and the second, a year later in Stockholm.

In late 2017, ICMP received funding from the Swiss government for a program that includes fostering cooperation among Mediterranean countries to tackle the issue of missing migrants.

Today’s Profiles of the Missing was organized in partnership with the civil society organizations Migrants of the Mediterranean, the Syrian Center for Media and Freedom of Expression, Yazda, the Eritrean Refugee Rights Initiative and the Italian Coalition for Freedom and Civil Rights, CILD.

ICMP is a treaty-based international organization with headquarters in The Hague. Its mandate is to secure the cooperation of governments and others in locating and identifying missing persons from conflict, human rights abuses, disasters, organized crime, irregular migration and other causes and to assist them in doing so.  It is the only international organization tasked exclusively to work on the issue of missing persons.