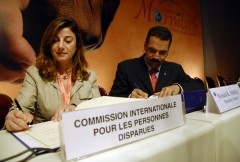 9 November 2007: The International Commission on Missing Persons (ICMP) and the International Criminal Police Organization (INTERPOL) signed a Cooperation Agreement during INTERPOL‘s 76th General Assembly held this week in Marrakech, Morocco. The Agreement was signed by the INTERPOL Secretary General Ronald K. Noble, and the Director General of Kathryne Bomberger.

As part of the Cooperation Agreement, ICMP and INTERPOL recognize the need to foster and co-ordinate international co-operation in the field of locating and identifying missing persons in time of disasters, and where appropriate to coordinate efforts to provide assistance to justice in cases related to war crimes and crimes against humanity.

“I have seen first-hand the excellent work being done by the International Commission on Missing Persons and the resolution approved by the General Assembly means that we will be able to work more closely together in the future,” said INTERPOL Secretary General Ronald K. Noble.”Our two organizations learned a great deal from the overwhelming demands of identifying the victims of the 2004 Southeast Asian tsunami. We are now in a better position to coordinate rapid response efforts in the future,” said Kathryne Bomberger, adding that ICMP looks forward to future cooperation with INTERPOL.

In its work related to the regions of the western Balkans affected by the conflicts of the 1990’s, ICMP has proven itself a world leader in the DNA-led identification of victims in post-conflict situations, giving ICMP the reputation of a cost-effective and highly efficient organization. 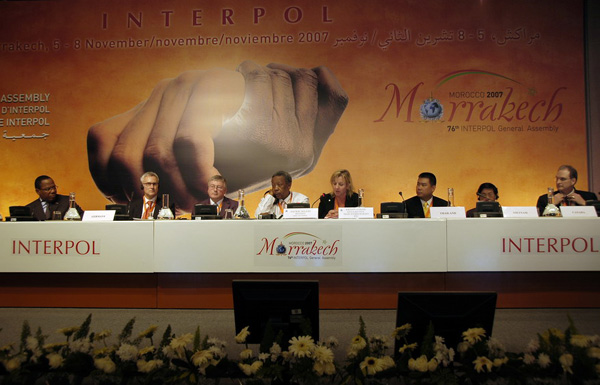 including locating and identifying missing persons through the use of high-throughput DNA identity testing, as well as forensic support in the fields of archeology and anthropology. ICMP technical assistance is provided on the basis of agreements concluded with host governments or international organizations that seek ICMP’s support. ICMP’s development of an integrated scientific approach to addressing the problem of missing persons places it at the forefront in advancing forensic sciences in the service of truth and justice. ICMP has made over 13,000 DNA assisted identifications since November 2001.