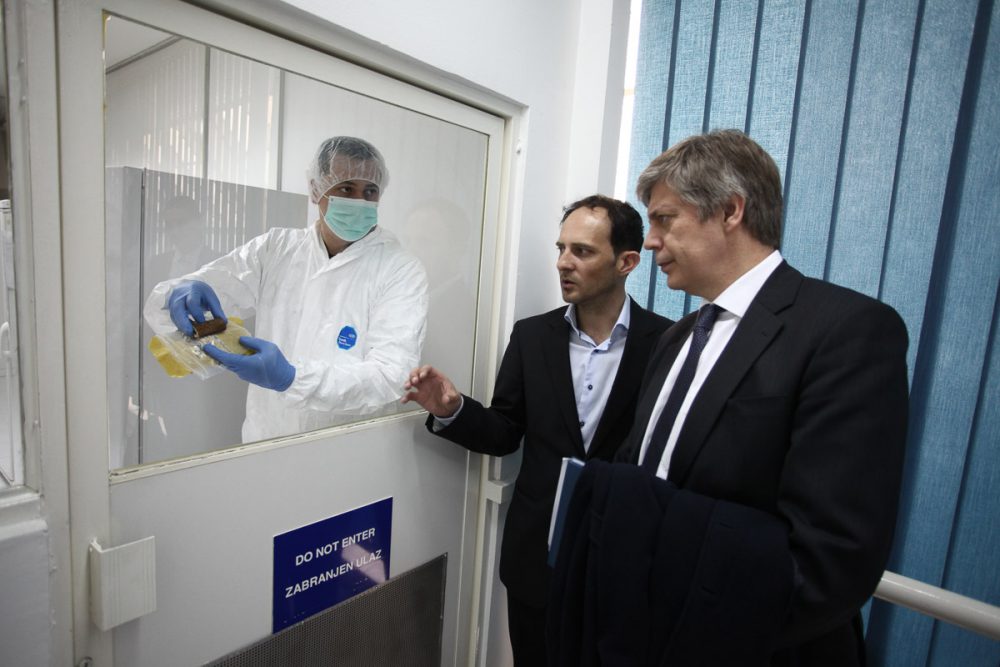 “Previous EU funds have been a significant factor in enabling ICMP to help the authorities in BIH account for more 23,000 persons – more than 75 percent of all those who went missing during the conflict,” said the Head of ICMP’s Western Balkans program, Matthew Holliday . “However, at least 7,000 are still missing – and that’s why it is critical that continued financial support is made available so that ICMP can maintain its assistance to BiH to search for and identify the missing and fulfill the rights of the families of the missing, Holliday added”

The Head of the EU Delegation to BIH and EU Special Representative in BIH Ambassador Lars-Gunnar Wigemark, said that helping the authorities to fulfil their obligations to families of the missing is our common moral duty. It will also contribute to efforts to strengthen the rule of law, and support peace and stability in the country. “From an enlargement perspective, the ICMP project will help to address concerns that were raised in the European Commission’s 2016 BiH Country Report, which characterized the unresolved fate of missing persons as an issue of concern,” Ambassador Wigemark said.