Peter Sørensen during the visit

A delegation of 25 members of the European Union’s Working Group for the Western Balkans (COWEB) led by H.E. Ambassador Peter Sørensen, Head of the Delegation of the European Union to BiH/European Union Special Representative, visited the headquarters of the International Commission on Missing Persons (ICMP) in Sarajevo today. The delegation was received by ICMP’s Director-General Kathryne Bomberger, where it was briefed about ICMP’s assistance to the countries of the Western Balkans and to other countries around the world.

The COWEB delegation was informed about ICMP’s efforts to assist the governments in the region of the former Yugoslavia account for persons missing from the conflicts of the 1990’s where an unprecedented 70% of the 40,000 persons missing have been accounted for. The delegation also toured ICMP’s DNA identification laboratory in Sarajevo to learn about ICMP’s advances in DNA identification techniques, which have so far helped in identifying more than 18,000 missing persons from around the world including from the Western Balkans.

“It is a great honor for us to receive the delegation of European Union’s Working Group for the Western Balkans (COWEB). The European Union and its member states have been major supporters of our work and that support has been critical to our successful efforts to assist States in accounting for the missing. The EU shares ICMP’s belief that accounting for missing persons from armed conflict and abuses of human rights, not only directly benefits the tens of thousands of families in the region who have missing loved ones, but helps build confidence in democratic institutions through reinstating the rule of law,” said ICMP Director General Kathryne Bomberger during the visit.

COWEB is a working body of the EU established by the Council of the EU in 1999. It acts at the level of EU member states experts, but also meets at the political level. The group is, in general, responsible for issues concerning the Western Balkans region: Albania, Bosnia and Herzegovina, the Former Yugoslav Republic of Macedonia, Serbia and Kosovo. One of the major roles of the Working Party on the Western Balkans Region is to strengthen international and intra-institutional cooperation and establish a forum for exchanging experience between representatives of local and regional EU authorities and their counterparts from the Western Balkans countries.

Formed in 1996, ICMP is the only specialized international organization that addresses the issue of missing persons in all of its facets. ICMP endeavors to secure the co-operation of governments and other authorities in locating and identifying persons missing as a result of armed conflicts, other hostilities or violations of human rights and to assist them in doing so. Since November 2001, ICMP has led the way in using DNA as a first step in the identification of large numbers of persons missing from armed conflict and has so far made DNA identifications of more than 18,000 individuals. 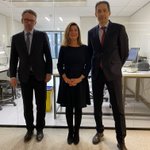 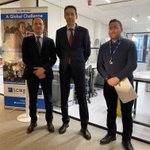