Tirana, 17 May 2021 – Gjet Kadel was just seven years old when he and his family were imprisoned in Albania’s Tepelena camp. Decades later, he is still looking for the remains of family members who perished in the camp. His story is highlighted in The Weight of Mud, a documentary created by journalist Lulieta Progni of the Institute for Political Studies with support from the International Commission on Missing Persons (ICMP).

The documentary, created as part of a project financed by the European Union (EU) in Albania and the Government of Switzerland and implemented by ICMP and Authority for Information on Former State Security Documents (AIFSSD), was featured on ABC Albania and is now available on YouTube.

The film combines survivors’ stories with research and State Archive documents. About 600 people, 300 of them children, were killed or died due to inhuman conditions while imprisoned in Tepelena from 1949 to 1954. Among them were Mr Kadel’s two-year-old sister and uncle. His attempts to find their remains have been fruitless.

“No one even knows, no one knows where they are located now, where they have been transferred,” he says in the documentary, which aims to raise awareness about the need for state action and to encourage families of missing persons to take part in the process. 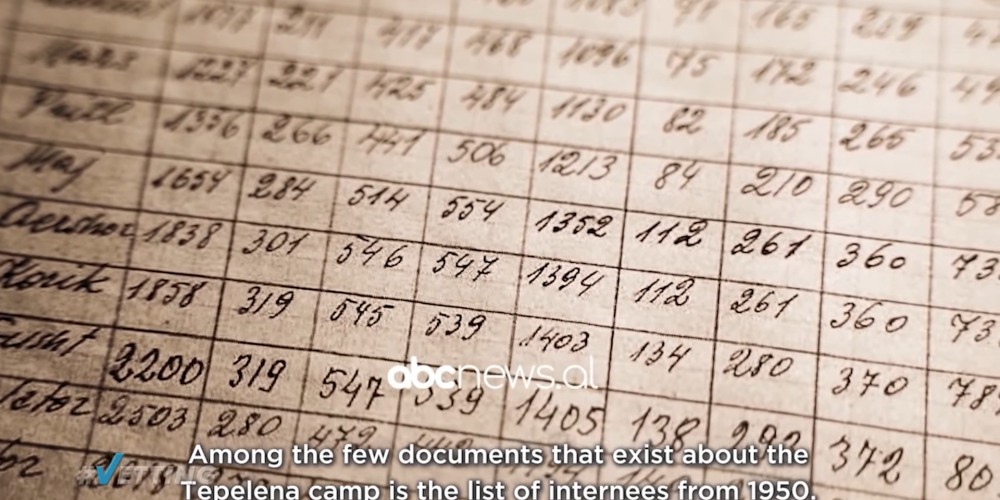 The film combines survivors’ stories with research and State Archive documents. About 600 people, 300 of them children, were killed or died due to inhuman conditions while imprisoned in Tepelena from 1949 to 1954.

It is estimated that around 6,000 persons went missing under the communist regime in Albania in the period between 1944 and 1991. According to official data, 5,501 persons convicted for political reasons were executed during this period. Their bodies were never returned to their families. Official data also indicates that an additional 987 political prisoners died from various causes in prisons and detention centers in Albania. The whereabouts of their mortal remains are unknown to surviving relatives.