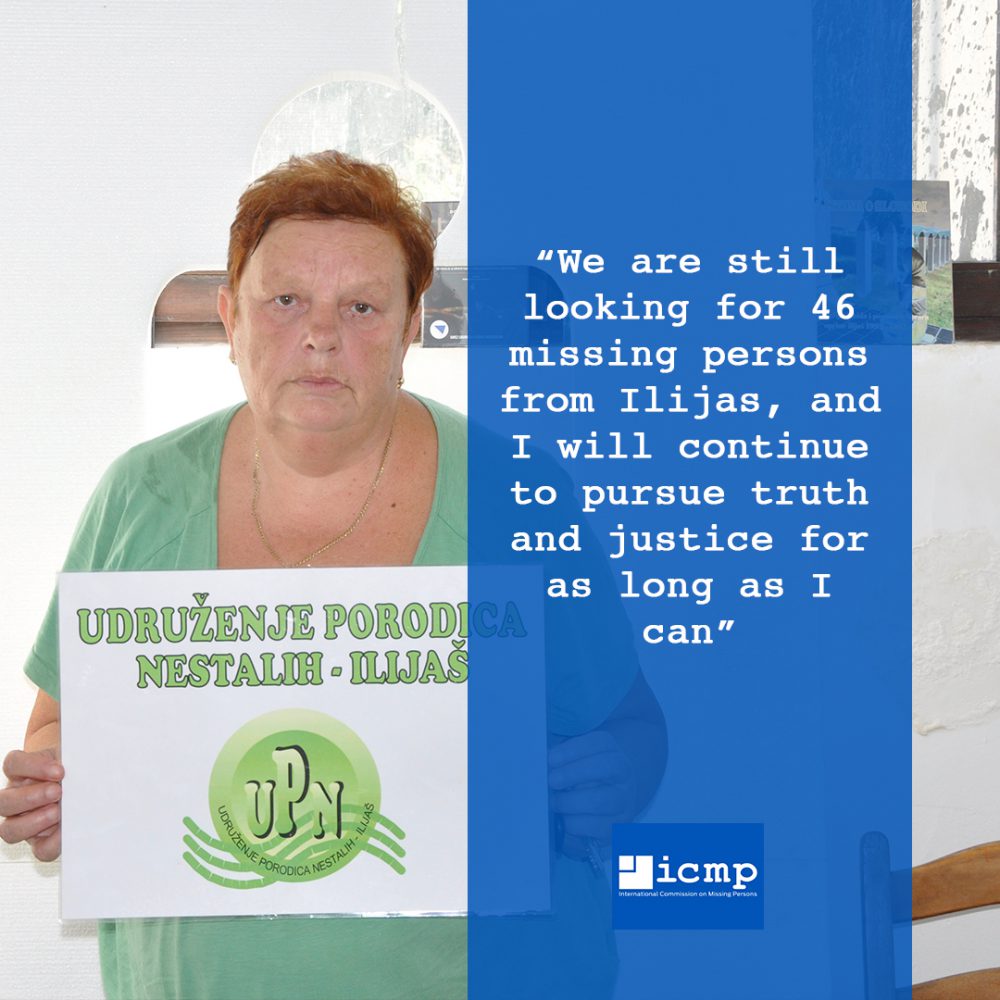 Zekija’s husband and son went missing in the town of Ilijas near Sarajevo in 1992: “They were taken from home to the camp in the elementary school in Ilijas. They were there for about a month. On the night of 4 July 1992 they were taken away and since then I have had no information about them.” Zekija is the President of the Family Association of missing persons of Ilijas Municipality.  “We are still looking for 46 missing persons from Ilijas,” she says, “and I will continue to pursue truth and justice for as long as I can.” She highlights the importance of support from international organizations such as ICMP and the ICRC, in contrast to the local authorities for whom the issue of missing persons does not seem to be a priority. “The fact that the Law on Missing Persons is still not fully implemented even though it was adopted in 2004 speaks for itself,” she says. Zekija expresses solidarity with all those who are searching for their loved ones: “The International Day of the Disappeared reminds us that families of the missing have to remain vigilant and put pressure on the relevant institutions to fulfill the right of families to truth and justice.”