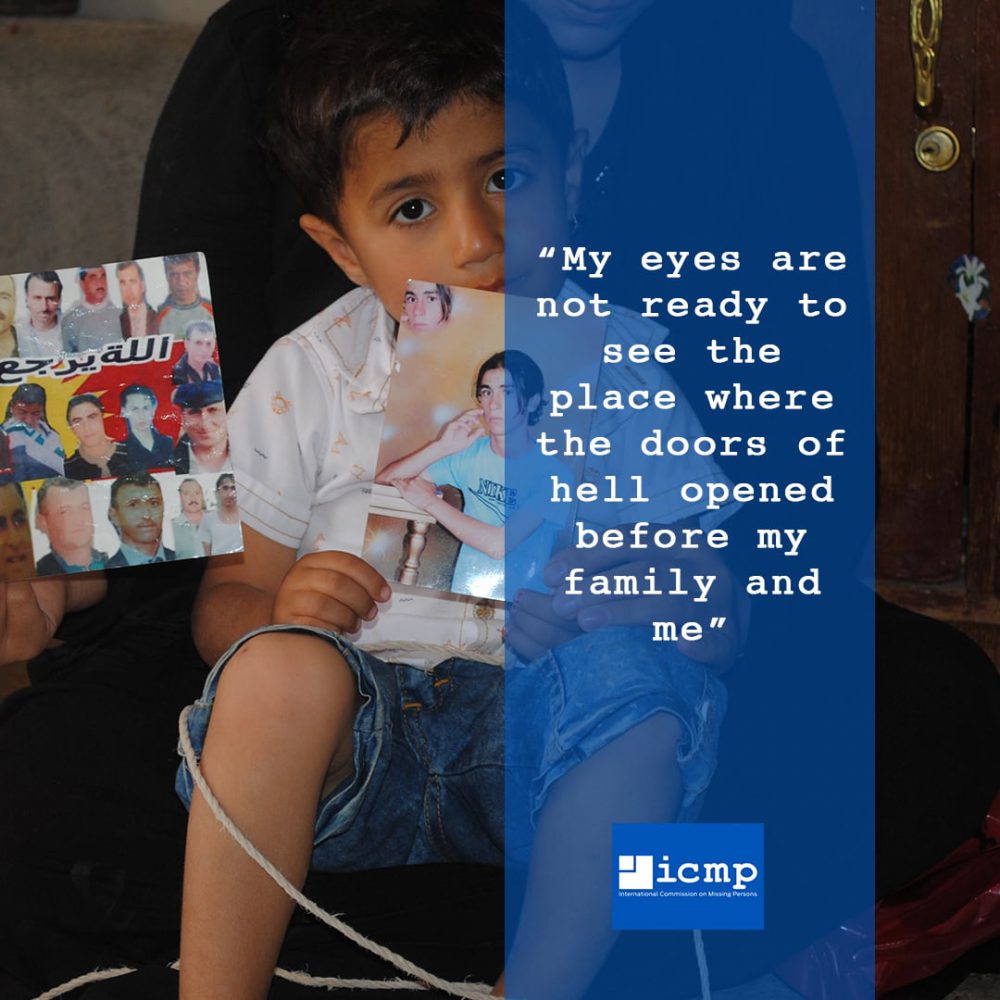 Vian Bapir, a 27-year old Yezidi woman, lost her husband and other family members in 2014, when they were fleeing from their village to  Mount Sinjar and were captured by Da’esh militants. They had been told that if they raised a white flag and went back to their village, they would not be harmed. As they returned to their village, the women and children were separated from the men. That was the last time she saw her husband and brothers-in-law. The women and children were enslaved and sent across Da’esh-controlled areas. She survived three years of slavery, after which she and her four children were sent to Tel Afar in Nineveh Province.  “Life was unbearable. I tried to kill myself six times, but even death was not easy. I tried to escape ten times, but I always failed.” She and her children were sold to a senior member of Da’esh in Deir Ez-Zor. When she grasped that her children were to be taken away from her, she shot herself in the leg. “When my children joined me in the hospital, there was an airstrike close to the hospital so I took my children and escaped. I was barely walking and my kids were injured by the fence wires on the road, but anything was better than being a slave.” Twenty-three members of Vian’s family are missing. She does not want to go back to her village. “My eyes are not ready to see the place where the doors of hell opened before my family and me.”