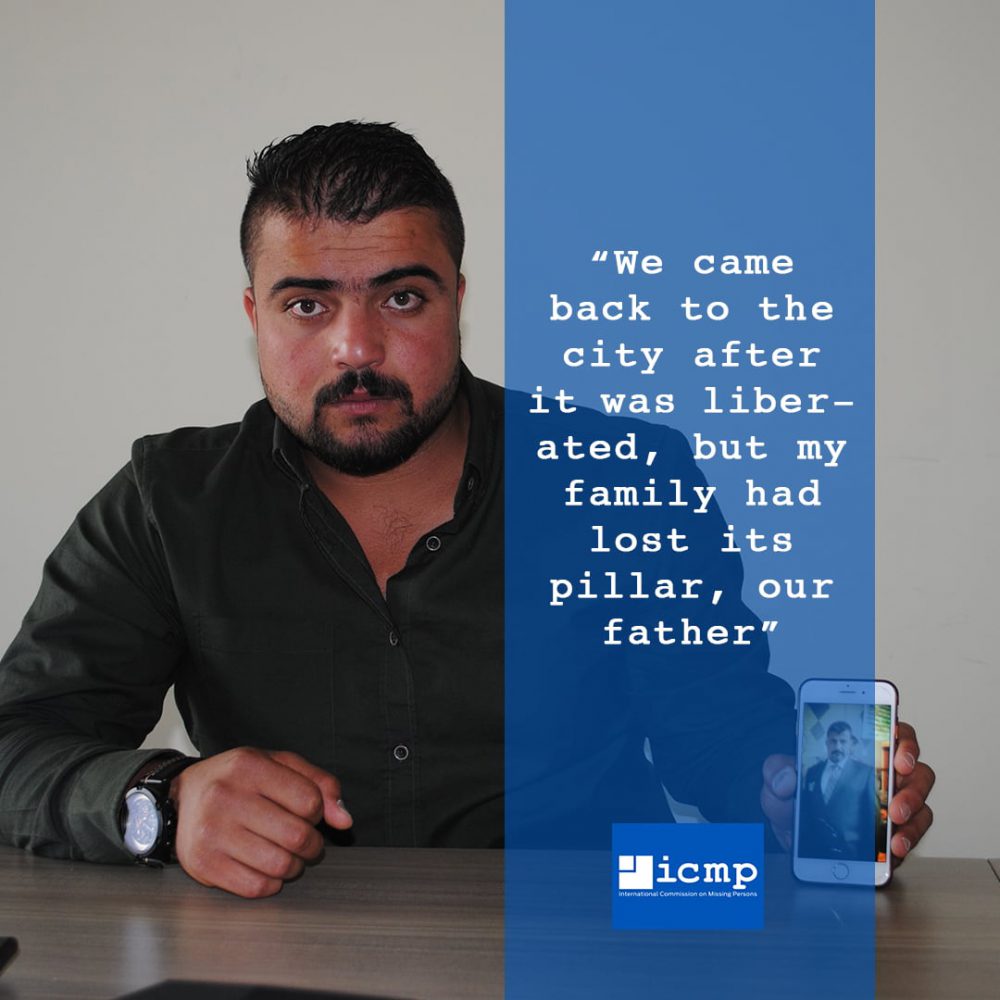 Tamem Ahmed, a son of a secondary school principal in Mosul. One night in August 2014, his younger brother was driving their father’s car when he was stopped at a Da’esh checkpoint. “After searching the car, the militants found an Independent High Electoral Commission of Iraq identity card that belonged to one of the teachers who worked with my father. After questioning my brother, they called my father. We went together. After some time, they released my brother but took away my father. I wanted to stop them, but my father gave me a sign not to resist the militants.” While the father was in the prison, the family did not have any information about his condition or if he was still alive. “After 11 months, they announced that he had been executed, but they did not give us his body. They never allowed us to have a proper funeral for him.” Within days, Tamem’s family decided to leave and took a dangerous road from Iraq to Syria and then to Turkey. They gave almost all their savings to smugglers; they knew that if they were captured, they would be killed. “We came back to the city after it was liberated, but my family had lost its pillar, our father. My younger siblings treated me as their father, and that was too much for me. I was not ready for such a responsibility. Every day we are still trying to find my father’s body. Knowing where he is buried will give us closure.”