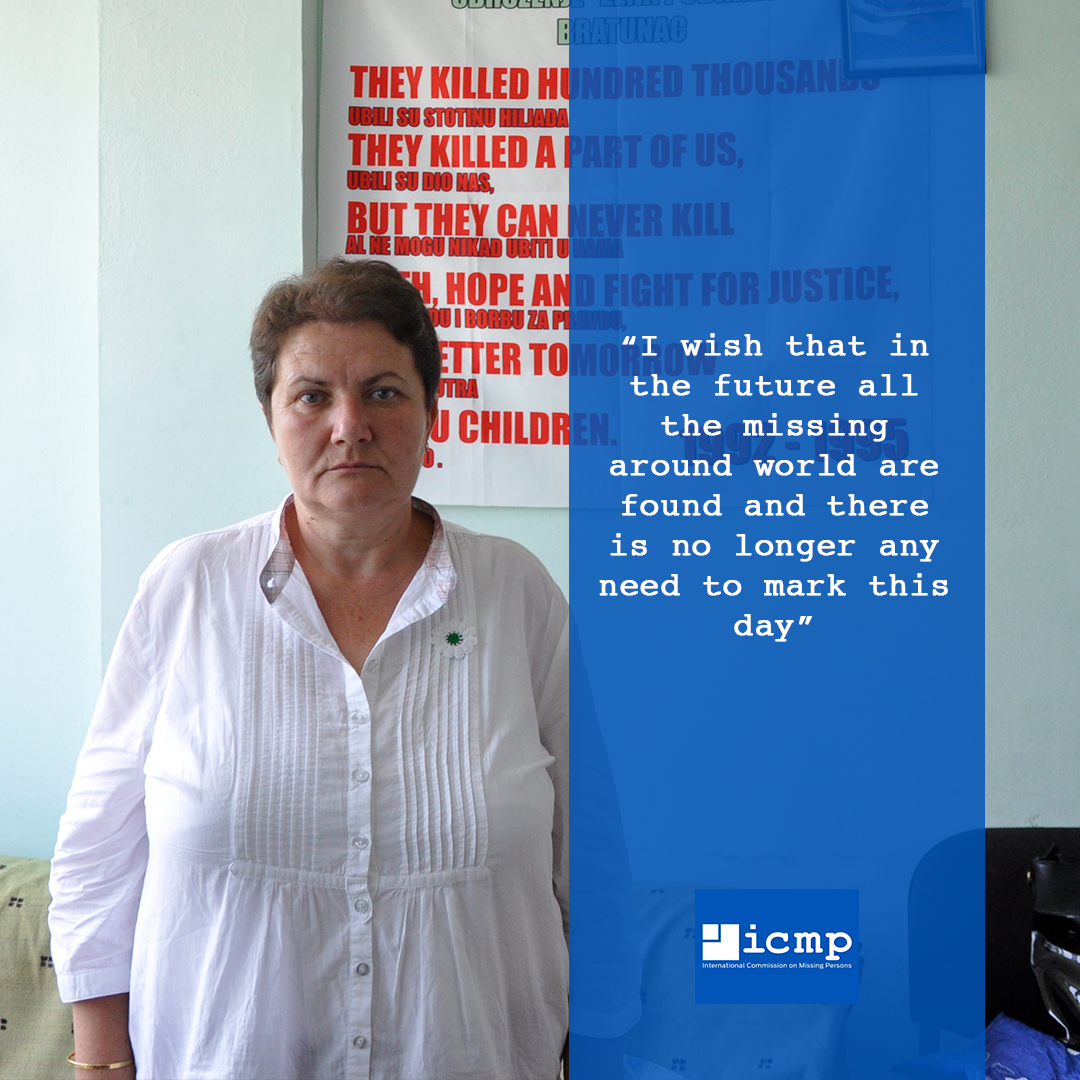 In July 1995, Šuhra and her family were refugees in Srebrenica. Šuhra still remembers her husband’s last words when Serb forces began their offensive on the UN protected zone of Srebrenica: “At the door leaving, he just said – take care of our children.” Together with her two children and her elderly father-in-law, Šuhra was about to board one of the trucks that were to carry them to territory controlled by the Army of Bosnia and Herzegovina, but her father-in-law was taken away by the soldiers. She never saw him alive again. Of 23 members of Šuhra’s family who were missing at the end of the conflict, three are still unaccounted for. “In 2003, my husband was found in the secondary mass grave at Zeleni Jadar, and since then parts of his body have been found on two more occasions, though his remains are still incomplete,” Šuhra says. For more than 23 years she has been active in the process of accounting for the missing. Her determination has never wavered: “I have seen almost every mass grave in Bosnia and Herzegovina,” she says. “Accounting for the missing is my daily life. We will not give up until every person is accounted for, or until our last day in this world.” For the International Day of the Disappeared, Šuhra has just one wish: “On 30 August, families of the missing should raise their voice and demand truth and justice. I wish that in the future all the missing around world are found and there is no longer any need to mark this day.”