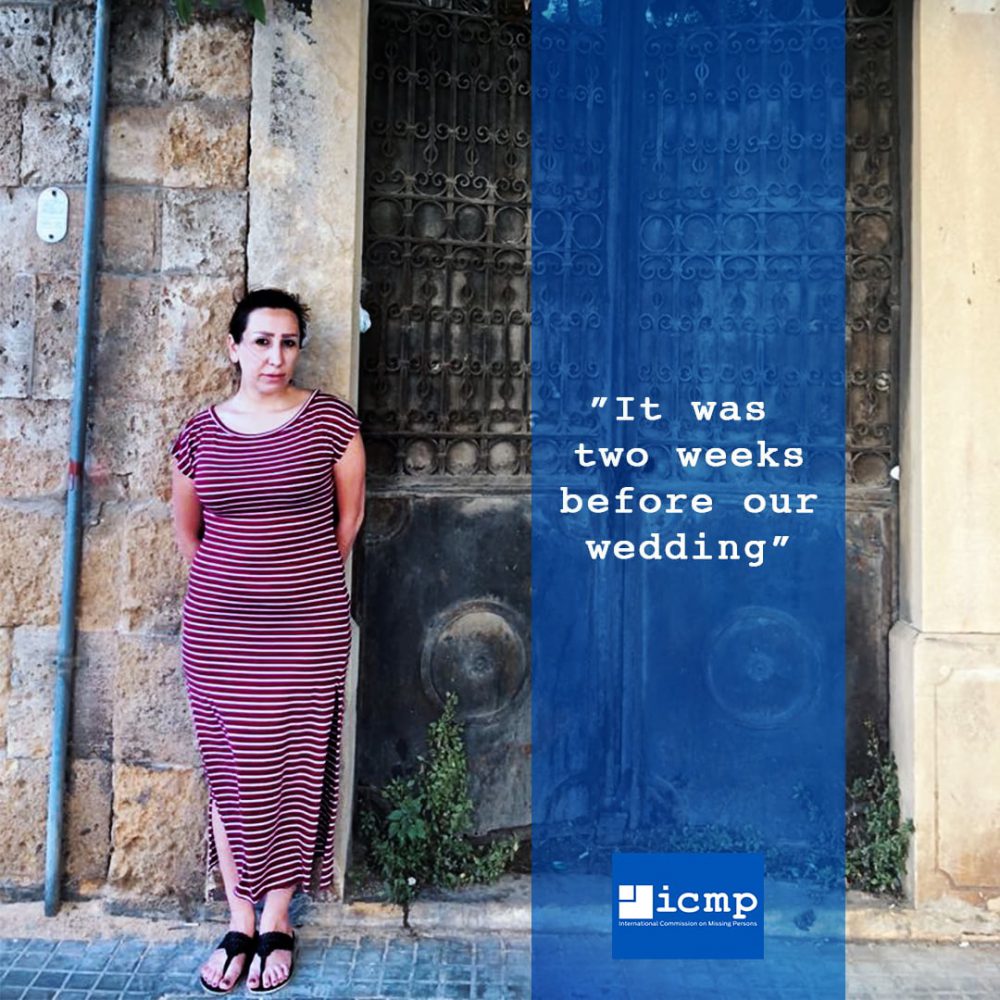 Noura’s fiancé, Bassel, was arrested on 15 March 2012 in Damascus, Syria, when “it was two weeks before our wedding.” After ten months, Noura was able to locate the prison where Bassel was being held and they were married in the prison. She visited him there for the next three years. Then he disappeared again, and a month after that, she heard that Bassel had died. Noura suffered a nervous breakdown but recovered. She misses her husband but she believes that he is still with her every day and this gives her strength. She acknowledges the importance of the International Day of the Disappeared, though she points out that “for families with a missing loved one, every day is that day”. She describes enforced disappearance as the worst violation of human rights because it leaves families “with an emptiness that they need to live with”, and she expresses the hope that “we reach a time where there is not one person missing in this world.”