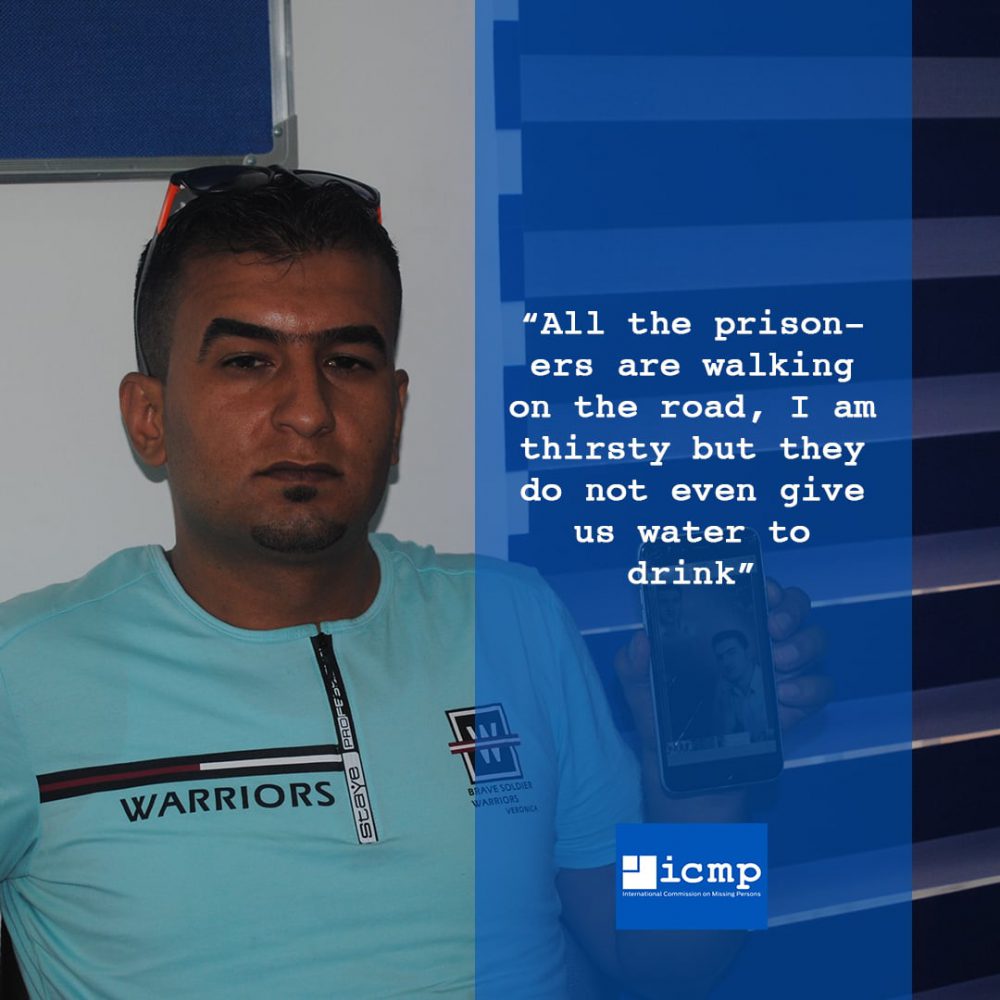 Mustafa’s brother, Murtaza, was a prisoner in the Badoush prison in Nineveh. On 9 June 2014, after the Da’esh attack, the guards fled and left the prisoners locked in their cells. Sunni and Shiite prisoners were customarily held separately, and when Da’esh occupied the prison, they arrested all the Shiite prisoners. “I was on the phone with my brother all the time, he told me that the militants had executed 150 Shiite militia at the gate of the prison.  When the prisoners came out, my brother told me, “All the prisoners are walking on the road, I am thirsty but they do not even give us water to drink.” Mustafa heard the sounds of shots, and Murtaza’s last words were, “If I call you again I am safe, if not, say my farewells to the family because I will be killed.” Mustafa has been searching for Murtaza since that moment. According to survivors who spoke to Mustafa, the prisoners were taken to Badoush Valley, where they were lined up and executed. Da’esh militants poured gasoline on the bodies and set them on fire. One of the survivors told him that, out of 560 prisoners, 46 survived with severe injuries and parts of their bodies burned. Just 16 made it back to their homes.  For International Day of the Disappeared Mustafa wishes that, “every government would respect the survivors and find bodies of the dead and missing, and return them to their families and loved ones.”