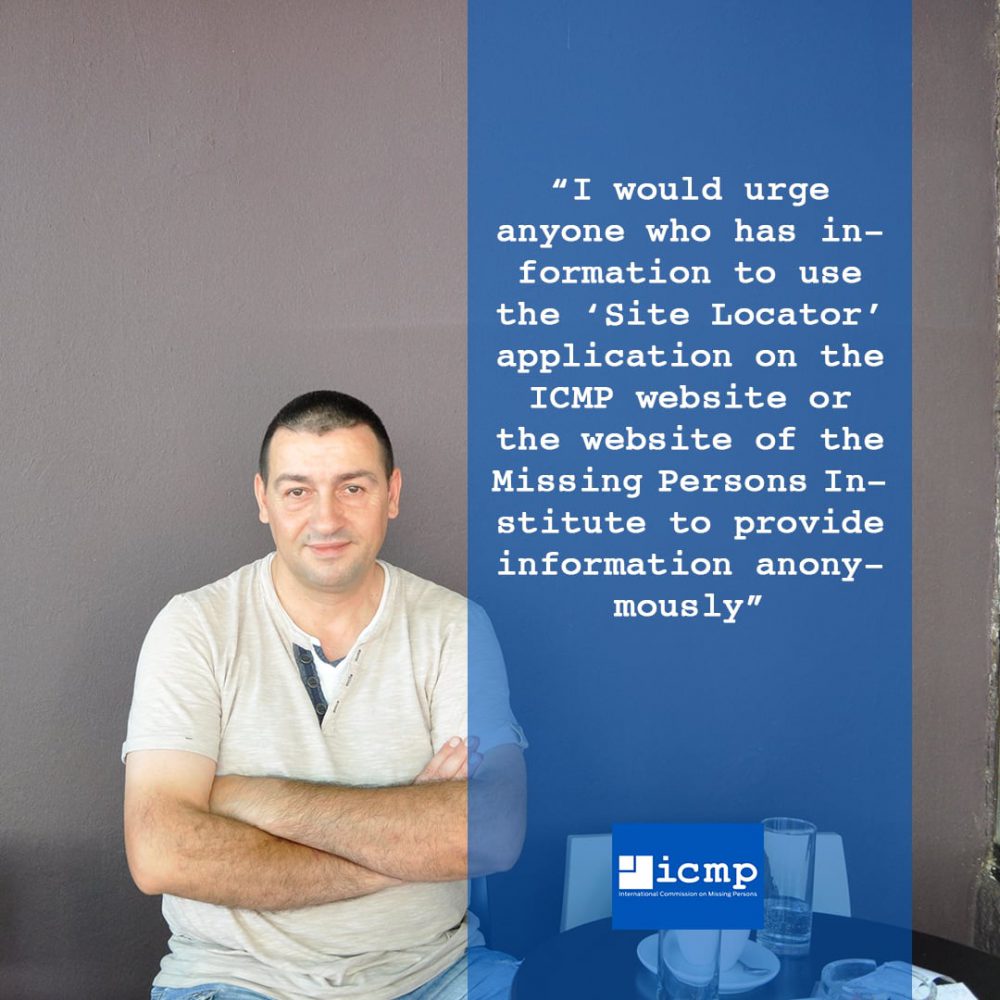 Josip’s parents were killed in the village of Grabovica in Herzegovina in 1993 and their bodies were hidden. “In 1994 an exchange of mortal remains was arranged. Among the eleven bags that that were provided I identified incomplete remains of my parents, and buried them for their final rest,” Josip says. Years later, his father’s lower leg was DNA matched with DNA from the blood sample that Josip had provided, but Josip is still waiting to complete the remains of his parents. He understands the suffering of all those who are looking for loved ones – who are, he says, “going through the same struggle every day, regardless of our ethnic, religious, racial or any other background.” On the occasion of the International Day of the Disappeared, he calls on those who may have information about missing persons to share it with relevant institutions. “I would urge anyone who has information to use the ‘Site Locator’ application on the ICMP website or the website of the Missing Persons Institute to provide information anonymously.”