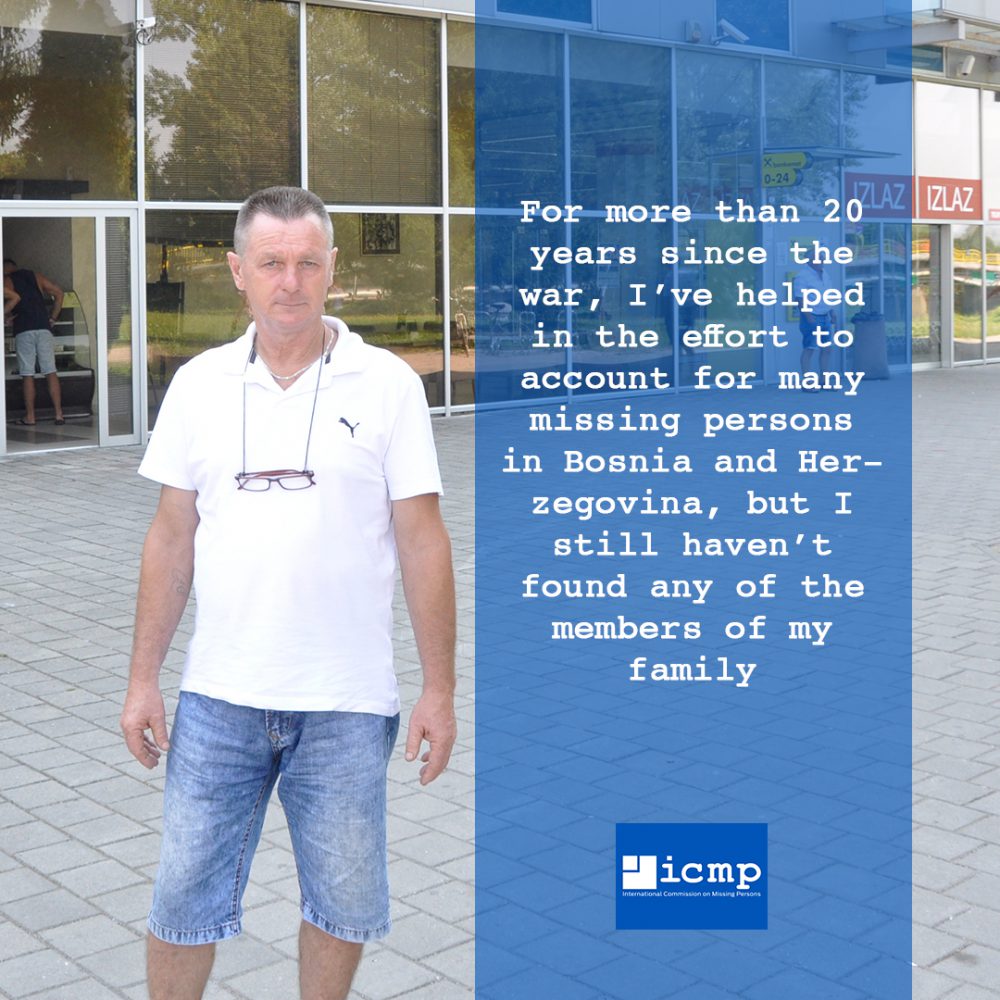 When the conflict in Bosnia and Herzegovina broke out, Fikret was working in Germany. Twenty-nine of his family members, including his two children, his first wife and his mother, were killed in the village of Zecovi near Prijedor on 25 July 1992. Their bodies have not yet been found. In 1998, Fikret returned to live in Bosnia and Herzegovina to help find his missing family members and to ensure that they would have a final resting place. “For more than 20 years since the war, I’ve helped in the effort to account for many missing persons in Bosnia and Herzegovina, but I still haven’t found any of the members of my family,” Fikret says. Currently, he is spearheading the effort to memorialize all of the Prijedor children who were killed, although this initiative has not gained the support of the local authorities. “At this moment we have a list of 102 children who were killed in Prijedor during the conflict, but even though we organized a successful petition four years ago, the local authorities are still refusing to put this item on their agenda.” He remains resolute: “I will not give up as long as I am alive, and even after my life in this world, I believe that my two sons from my second marriage will continue on my path.” On the International Day of the Disappeared, Fikret calls on anyone who may have information about missing persons – not just in Bosnia and Herzegovina but anywhere else in the world – to report what they know, and “help to ease the suffering of family members who are living a life of uncertainty”.