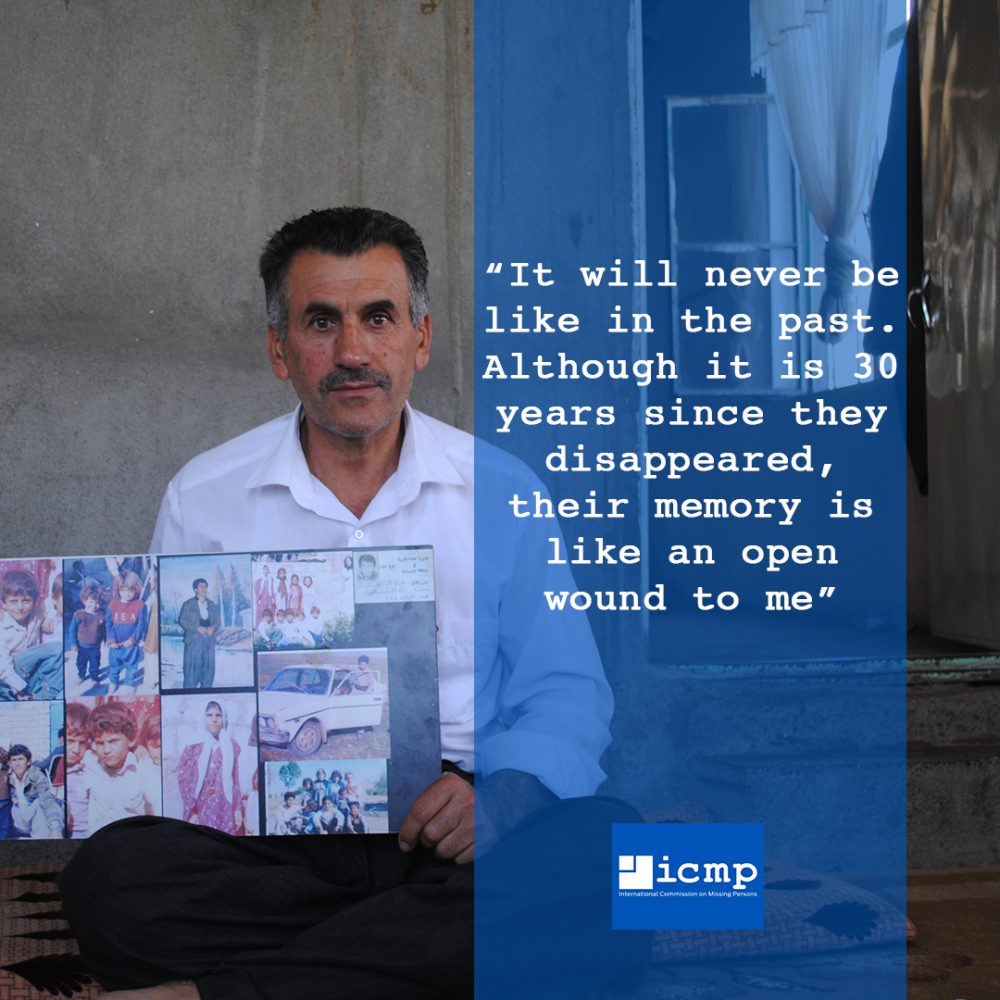 Farid Abdulla Aziz, a 53-year-old from Hawraman, Sulaymaniyah, fled with his family to Iran during the Iran-Iraq War. When the war ended in 1988, his family returned to Iraq. Because Farid was married, he decided to stay in Iran. After five months, he received a letter from a relative saying his family had been captured on the Iraqi border and sent to Topzawa Concentration Camp in Kirkuk. He later learned that his family had been moved to the Nugra Salman Desert area. “When I received this news, I was paralyzed. Nothing was left for me in this world except God. I do not know how I spent those days. I have heard stories of people who were taken to Nugra Salman. Stories of abuse, torture and the killing of women, children and men.” To know the fate of his family, Farid returned to Iraq, “I have looked into every possible lead in order to find out the truth about the fate of my family, but I could not discover anything. It will never be like in the past. Although it is 30 years since they disappeared, their memory is like an open wound to me.”