In 2013, the BIH Chief Prosecutor ordered a review of the NN cases in permanent and temporary mortuary facilities in BIH, in order to establish the scope of the problem and the potential reasons for the inability to match the DNA profiles from NN cases to any of the genetic references that ICMP has collected from relatives of missing persons. To undertake this task, the Office of the Chief Prosecutor assembled NN Working Groups that gathered all relevant institutions and individuals dealing with the missing persons issue in Bosnia and Herzegovina.

In November 2017, following a five-year effort, funded by the European Union, ICMP and the BiH Missing Persons Institute (MPI) announced the preliminary results of the NN Working group process in mortuaries throughout Bosnia and Herzegovina.

The project resulted in 121 new identifications and 968 re-associations with previously identified cases, and ICMP drafted recommendations, which it provided to Prosecutors, regarding steps that need to be taken in order to resolve a large number of the remaining cases. This process was important to promoting accountability on the part of the government and getting answers to families and enabling them to secure their rights.

The results of the NN Working Groups also confirmed ICMP’s assumption regarding why the DNA profiles of NN cases do not match the reference profiles provided by the families of the missing. One of these reasons was the traditional method of identification. The traditional method of identification (identification by visual recognition of mortal remains and/or personal belongings) is not exact and contains an increased risk of error. The accuracy of the identity of some of the approximately 8,000 persons identified in Bosnia and Herzegovina prior to the introduction of DNA testing is open to question. If misidentifications are a problem, then this factor could be an impediment in resolving the remaining 8,000 active missing persons cases. 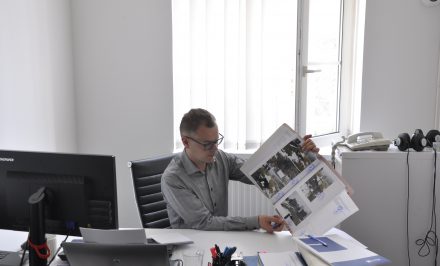 With ICMP’s recommendations, Prosecutors’ Offices around the country now have a roadmap for future work on NN cases. Identified remains can be laid to rest or re-associated with previously identified remains. Historical cases – those that pre-date the 1990s conflict – as well as those that do not consist of human remains, will be closed. The MPI is using the results of the NNWG process to assess targeted cases where misidentifications might have occurred for lack of the use of DNA analysis. In this regard, ICMP is now assisting the MPI by collecting biological reference samples from families that have doubts about the certainty of the identification they made without the help of DNA, in order to exclude the possibility that their relative might be among the NN cases in one of the mortuary facilities.

Ahmed Mesić, Prosecutor at the Central Bosnia Canton Prosecutor’s Office, began implementing the recommendations as soon as the NN Review had been completed.

“Thus far, we have closed 44 cases, including identifications, re-associations and historical cases. The Central Bosnia Canton Prosecutor’s Office will be able to resolve nearly all cases by implementing ICMP’s recommendations. The key to closing cases is cooperation with the families and their understanding of the process,” Prosecutor Mesić said.

After the end of the conflict, Nura Begović, from the Women of Srebrenica Association, was searching for 16 missing members of her family. Six have been identified by means of DNA analysis. Following the Mortuary Review, in November 2018, Nura’s only brother, who went missing in 1995 on the way from Srebrenica to Tuzla, was identified. His remains had been recovered in 1995 from Miljevici.

“When I found myself in a room with a ‘handful’ of his bones, his clothes, his keys and his watch, I felt a sense of relief, because now there are finally physical proofs that my brother existed, was alive … and that he was killed,” Mrs Begović said, adding that her brother’s remains will be laid to final rest on 11 July this year in Potočari. She said that one of her regrets is that her mother didn’t live long enough to know this.

Matthew Holliday, the Head of ICMP’s Western Balkans Program, notes that the authorities in Bosnia and Herzegovina have been able to account for almost 23,000 people who were missing at the end of the conflict while approximately 8,000 families do not yet know the fate of a loved one.

“Implementation of the recommendations can bring closure to a substantial number of families who still, 20 years after the conflict, do not know the fate of a loved one,” Mr Holliday said, adding that accounting for those who are still missing is a crucial element in maintaining peace and stability.

Nikola Perisić, a member of the MPI Board of Directors, believes that implementation will have multiple benefits for the sustainability of the process of accounting for the missing.

“Implementation of the recommendations will result in new identifications and therefore some of the families will find closure,” he said. “In addition, I believe that some of the misidentifications that took place prior to the introduction of DNA analysis will also be addressed. Of particular importance is reducing the cost of housing remains in mortuaries, which will enable MPI to redirect these resources to investigative work in the field. In the end, this should lead to locating new clandestine graves and new identifications in the future.” 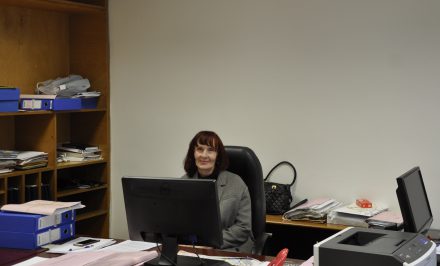 “During the first phase of the Review, we established that there are 204 cases with 395 distinct bodies or incomplete skeletal remains,” she said. “Following extensive preparations, the Prosecutor’s Office of Herzegovina Neretva Canton managed to close 57 of those cases.”

Prosecutor Pranjić said closing cases has significantly reduced storage costs. She said her team “will continue to work in cooperation with the MPI and ICMP to resolve as many cases as possible since each victim deserves a dignified burial.”

Prosecutor Mesić noted that long-term storage costs have been cut by nearly half, while many cases have been permanently buried or stored, making more space available in mortuary facilities. “We have applied and we follow all the recommendations regarding appropriate storage; the difference between the conditions in the mortuary facility today and before the review is enormous,” he said.

Looking to the future, Prosecutor Pranjić recognizes the important role of Prosecutor’s Offices in the process: “In cases which, according to recommendations of the Working Group, cannot be resolved, this Prosecutor’s Office can try to find information that could help resolve cases, from potential witnesses in cases of war crimes,” she said.

Mr. Holliday highlighted the need for more information about possible locations of mass and clandestine graves, noting that “ICMP maintains an easy-to-use application called the Site Locator, which can be accessed at ICMP’s Online Inquiry Center, and information can be provided completely anonymously.”

ICMP’s Site Locator can be accessed at: http://bit.ly/2scO1Gb

“ICMP will continue to provide information that it receives regarding possible gravesite locations via the Site Locator to the BIH authorities. It will also continue to help the Prosecutors’ Offices to resolve NN cases,” Mr. Holliday said. 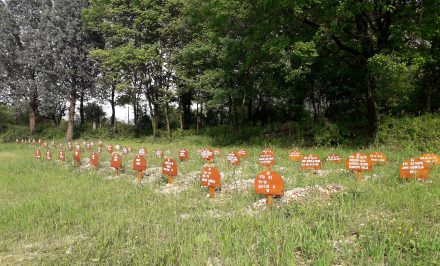 ICMP is a treaty-based intergovernmental organization with Headquarters in The Hague, the Netherlands. Its mandate is to secure the cooperation of governments and others in locating and identifying missing persons from conflict, human rights abuses, disasters, organized crime, irregular migration and other causes and to assist them in doing so. It is the only international organization tasked exclusively to work on the issue of missing persons.