This diversity of circumstances in which people go missing is reflected in ICMP’s mandate, which is to secure the cooperation of governments and others in locating and identifying missing persons from conflict, human rights abuses, disasters, organized crime, irregular migration and other causes. People whose loved ones go missing are confronted by different challenges. For example, when persons go missing in a natural disaster, relatives may suffer the “ambiguous loss” of not knowing the fate of a loved one. When people are victims of enforced disappearance, relatives may have to adopt legal and political strategies to deal with unsympathetic government institutions. Invariably, survivors of very different missing persons scenarios find that the most effective response, from a personal and collective perspective, is to work with others who have experienced the same trauma. 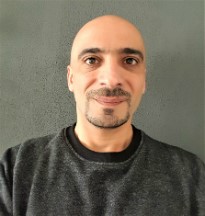 Muhanad studied engineering in Syria and was involved in human rights work from 1999, when he was a youth volunteer in the EuroMed program. He spent several years in the US and Dubai before returning in 2010 to Syria, where he worked for the Syrian Justice and Accountability Center. He was detained twice, the first time for a period of six weeks and the second when his wife was pregnant with their son. When he learned in 2014 that he might be detained a third time, he left the country. “If you get lucky the first time, most probably you won’t be lucky the second time – and definitely not the third time,” he says, noting that his second detention was the most difficult because “there was a high likelihood that neither I nor my son would know one another.”

Muhanad maintains contact with others who were imprisoned with him, though he notes that “there are three or four whom we’ve never heard about afterwards”. He recalls a meeting with the wife and children of one of the detainees who disappeared. “It’s devastating to go and meet a family and you were one of the last people to have seen him. And the children, they always have many questions to ask. The entire family has questions. They just want any hint about what may have happened. This is devastating.”

In 2013, when he was on a training course in Lebanon, Muhanad’s mother called him with the news that his younger brother had been detained. She urged him not to return to Syria because then she would know that at least one of her sons was safe.

He did return, however, and tried to find out what was happening to his brother and other detainees. “Almost every day we got reports and testimonies about detainees who had passed away in detention facilities of the regime and my brother was in one of these facilities and we couldn’t have any news about him. Every day I had these reports about three or four people who had passed away and my mother always wanted news and what could I tell my mother – that people are passing away? I couldn’t do that. It was a nightmare.”

Muhanad is now working on a research project at the University of Utrecht examining the social context of genocide in the Syrian conflict. This work he says can have a bearing on future efforts to account for the missing and to bring those who have been responsible for war crimes to justice. “There’s movement inside groups all the time,” he explains. “People defect, people join, so it’s hard to follow those who have committed human rights violations; it’s hard to know where they are, and this will put you later in a situation where someone has committed a crime (and you must ask) was he personally responsible or was it the group – but the group isn’t there anymore.” 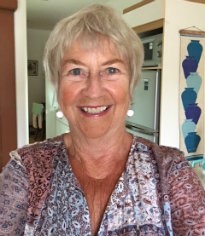 Like Muhanad Abulhusn, Ingrid Gudmundsson has taken an active approach in the face of personal tragedy, and has worked with others who have been affected by the same tragedy.

Immediately after the tsunami, even before her family members had been accounted for, Ingrid launched an aid project for children from the town of Khao Lak, near Phuket, where her daughter, Linda, and her grand-daughter, Mira, had disappeared. Linda had returned to Khao Lak from a visit to China, where she had bought materials for the jewelry that she was making. She and Mira were among 36 Swedes, including Ingrid’s former husband, who were staying in resorts at Khao Lak. Of the 36, only 11 survived. Ingrid’s former husband was identified using DNA in February 2005, her daughter was identified in March and her grand-daughter in July.

“First of all, I thought: if they can’t find everyone – please let them be together. I wanted to have them in the same bubble. When they first came home it was important that they all came home. All are in the churchyard near here.”

Ingrid visited Khao Lak five times in the first year and has returned every year since. Over the last 12 years, her charity, “Indahjälpen”, has supported the Ban Bangsak School in Khao Lak and the students there, especially 21 godchildren. They also support another program, the “Life Home Project” outside Phuket Town, a Center for young women and children who have AIDS or are infected with HIV. 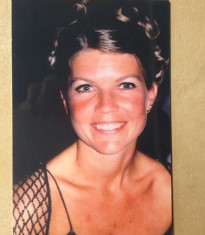 “After two weeks, I thought I must do something. I was in shock. I read about Thai children who had lost their parents.” She set out to find Tsunami victims who weren’t receiving direct international aid. On her first visit to Khao Lak, she and her other daughter, Anna, delivered a “school kit”, the notebooks and pens and other basic items that children would need on their first day at school. Ingrid set about raising money to help students who had lost at least one parent (many had lost both). The charity pays the salary of five teachers and has raised funds for 21 pupils that can be accessed on their 19th birthday, giving them the means to go to university if they so choose.

“The first year after the tsunami, my daughter and her friend and stepsister had a showroom in Stockholm, making jewelry and painting and mosaics and we opened a little cafe and we just talked and we cried and we laughed and drank coffee,” Ingrid says. “I went on making the jewelry that my daughter had started making.” In the beginning, the group organized monthly sales of the handicrafts they produced; then there were sales twice a year in Stockholm. Now Ingrid raises money for the Foundation through a website, http://indahjalpen.se. This has been an important link to people all over the world who have had some connection to the tragedy. “Months, years after we started the website, people come and they say: I’ve read everything you’ve done, but until now I hadn’t the strength to contact you.”

Ingrid welcomes the Swedish government’s support for the memorial to the Swedish victims of the tsunami, which is being created at the Södra Djurgårdens park in Stockholm. “If we have a place to go together we can meet there,” she says, adding that “it is a very, very beautiful place.” She notes, however, that it has taken the authorities a very long time to organize the memorial, and at the time of the disaster the Foreign Ministry was slow to provide desperately sought information to families of the missing. 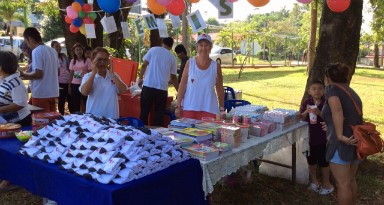 The experiences of Muhanad and Ingrid reflect the diverse challenges created in situations where large numbers of people go missing. They will both speak at the official opening of the International Commission for Missing Persons headquarters and state-of-the-art laboratory in The Hague on Tuesday 24 October 2017.

PROFILES OF THE MISSING is part of a global discussion forum convened by the International Commission on Missing Persons (ICMP), bringing together policymakers, legal experts, academics, civil society activists and others to share experiences and best practice in developing institutional, societal and technical solutions to address the global challenge of missing and disappeared persons.