In a region where political manipulation of numbers of killed and missing from previous wars fanned the flames of further conflicts, ICMP Chairman James Kimsey told reporters on Tuesday that accurate accounting of the missing is essential.Speaking after a tour of ICMP’s Identification Coordination Division (ICD) in Tuzla, eastern Bosnia, which houses the ICMP databases storing DNA information obtained from bones exhumed from grave sites and from blood samples of family members searching for missing relatives, Mr. Kimsey said the work of ICMP represented the first attempt in the world to accurately account for persons missing as a result of conflict. Since it made its first DNA match in November 2001, ICMP has found DNA matches with family members for more than 7,300 missing individuals at the ICD and every day brings more matches.

“DNA technology can now provide empirical evidence of a person’s identity and it can provide hard statistics regarding the real number of people missing,” said Mr. Kimsey, “This fact is important, because governments have in the past abused numbers and distorted reality for political gain.”

Disagreement about the numbers of dead and missing continues to exacerbate tensions, but according to the ICMP database, approximately 20,000 persons remain missing from the conflicts in the former Yugoslavia during the 1990’s. ICMP has collected blood samples from more than 69,000 family members of the missing. For each missing person, in order to find an accurate DNA match, DNA profiles of several family members are necessary and it is from its blood sample database that ICMP calculates the number of missing individuals.

Yesterday, ICMP Commissioner Mayu Brizuela de Avila @madeleine and @lloydaxworthy discussed political will to address forced #displacement in the Americas during a @wrmcouncil moderated by @NickKristof. Did you miss it? Watch it here: https://t.co/priDjGUE1g

h J R
The British Ambassador in The Hague, @JoannaRoperFCDO, & ICMP DG @KatBomberger today discussed efforts to account for #missingpersons around the world, incl UK-supported ICMP programs in #Syria & #WesternBalkans. Discussions were followed by a tour of the ICMP #DNA lab. https://t.co/qOecxQ50ze 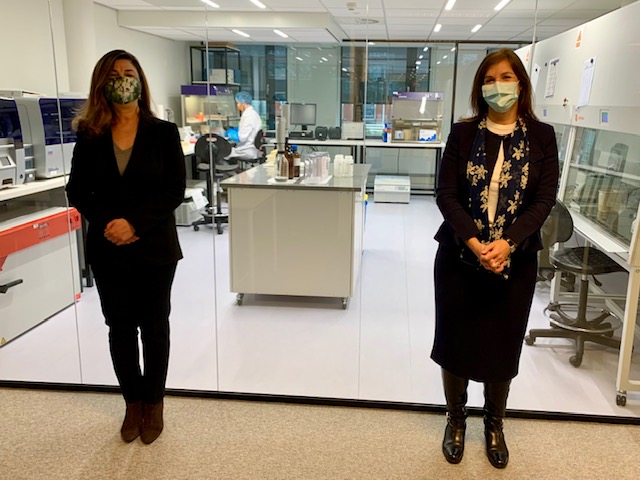 h J R
A central repository that collects all data on all missing persons is key for successful efforts to account for #missingpersons, in #Syria, #BiH and elsewhere. Read more in this @newint article by @JanPeterWestad. https://t.co/hwY7T5FDPo