The Seventh Regional Conference on Missing Persons Issues for associations of families of missing persons was held in Sarajevo from 16 May 2003 to 19 May 2003 at the Hotel Saraj, Sarajevo, organised by the International Commission on Missing Persons (ICMP).

This conference was attended by more than 75 family association representatives, members of Government Commissions on Missing Persons from the former Yugoslavia, and other institutions concerned with the missing persons issue.

For the first time, family associations and government representatives from Macedonia participated in the regional conference. Despite being the first time that opposing sides to the conflict in Macedonia had met, they agreed on joint activities in the future and recognised that they could learn from families who already had such experience of cooperation.

Associations discussed common issues regardless of religious or national background, and concluded that they will be stronger if they work together on lobbying responsible government authorities,…

Today, 8 May 2003, the first group of 37 remains of killed Kosovo Albanians was handed over from the Coordination Centre for Kosovo and Metohija based in Belgrade to the representatives of UNMIK in Kosovo. The handover of bodies took place at the border crossing in Merdare at noon. The mortal remains were recovered from sites in Batajnica, near Belgrade, where the International Commission on Missing Persons (ICMP) estimates a total of 700 mortal remains were recovered during 2001 and 2002.Since the first mass graves of Kosovo Albanians were uncovered near Belgrade in the summer of 2001, ICMP has endeavored to make certain that these mortal remains were exhumed and identified as fast as could be done in a scientifically accurate manner.

With permission from the Serbian government and the appropriate local courts, ICMP has monitored the exhumations process in Serbia since 2001. ICMP anthropologists, archeologists and recovery monitors were…

Conozca más
Efforts to account for #missingpersons must be done in line with the #RuleofLaw and deliver justice for survivors and for society as a whole. Without truth there cannot be justice. To find the truth you have to find the missing. https://t.co/GcgI4ppXLZ 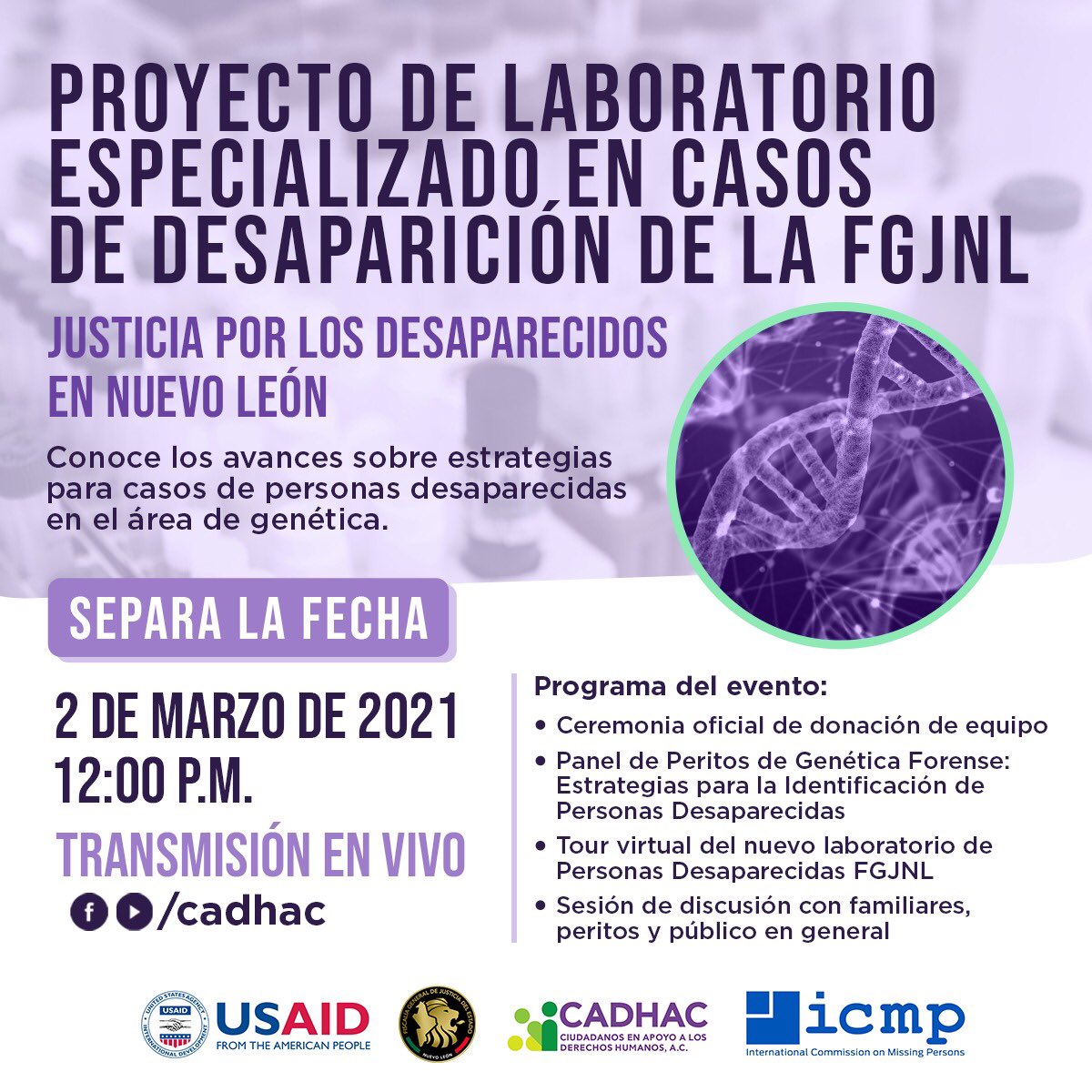