The Japan Times reports today that some 1,400 migrants trying to cross the Mediterranean were rescued Thursday off the coast of Libya, according to the Italian coast guard, which coordinated the operations conducted mainly by aid ships. Attempts at the dangerous crossing are continuing despite worsening weather as winter approaches, with more than 2,400 migrants rescued off Libya in total since Sunday. The medical charity Medecins Sans Frontieres tweeted that it had rescued 802 people on six rubber dinghies and one small wooden boat, and MOAS, a Maltese NGO, said it had rescued 432 migrants on three dinghies. Italian coast guards and the crew of an EU counter-trafficking vessel rescued the remaining migrants. According to the U.N., at least 3,654 people have died trying to cross the Mediterranean this year. Meanwhile, it emerged Thursday that as many as 900 migrants may have died in the 2015 sinking off Libya of an overcrowded fishing trawler, about 100 more than previously thought. The new toll from the worst maritime tragedy in the Mediterranean since World War II came after forensic scientists, who spent three months examining 675 body bags, discovered that many contained the remains of more than one person, Italy’s missing persons chief, Vittorio Piscitelli, told a news conference in Rome. http://bit.ly/2ep3lH7

The UN News Centre reported yesterday that in her first information-gathering visit to Sri Lanka, Rita Izsák-Ndiaye, the United Nations Special Rapporteur on minority issues, called for “a comprehensive, well-planned and well-coordinated truth, reconciliation, healing and accountability process”, which “cannot be done overnight”. She said “challenges remain,” when referring to ongoing and urgent issues within Tamil and Muslim communities, such as return of occupied land, missing persons, demilitarization, and release of security-related detainees. http://bit.ly/2dugxap

Biometric Update reported yesterday that the Philippines’ Bureau of Immigration (BI) will deploy a facial recognition system that connects to Interpol, according to a report by The Daily Tribune. According to Immigration Commissioner Jaime Morente, the project will photograph all arriving and departing passengers when being processed at the immigration counters of the Ninoy Aquino International Airport (NAIA). The new project will cross-check different Interpol databases in real-time at BI immigration counters to detect wanted fugitives, sex offenders, terrorists, UN Sanction List, individuals in possession of stolen lost travel documents and missing persons. http://bit.ly/2eoJHxt

The Oxfordshire Guardian carried a report yesterday about a recent return to Srebrenica by forensic specialists who worked there in the 1990s and early 2000s. The article focuses on the experience of one expert who first went to work in Srebrenica in 1999 at the age of 28, when he was a masters student at Bournemouth University. http://bit.ly/2dujszK

The New Times, a newspaper from Rwanda, reports today that King Mohammed VI of Morocco yesterday visited the Kigali Genocide Memorial Centre in Gisozi where he paid tribute to the victims of the 1994 Genocide against the Tutsi. During the visit, King Mohammed VI laid a wreath on the mass graves that contain the remains of more than 250,000 victims of the Genocide. He also observed a moment of silence in honour of the victims. http://bit.ly/2ervoEU 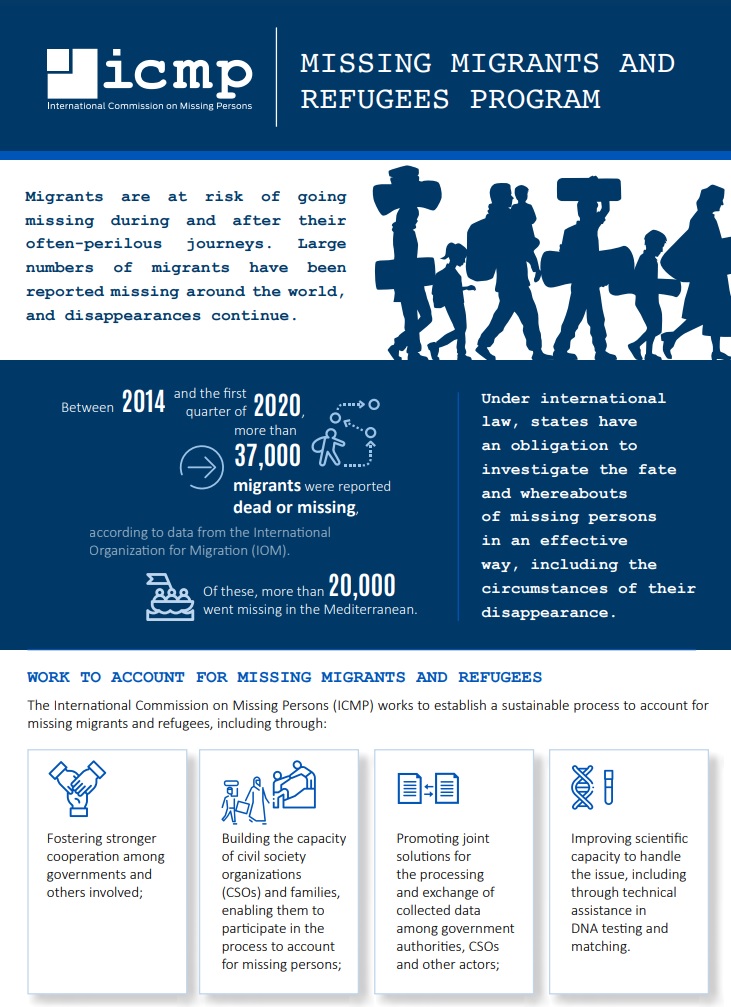