Today, 8 May 2003, the first group of 37 remains of killed Kosovo Albanians was handed over from the Coordination Centre for Kosovo and Metohija based in Belgrade to the representatives of UNMIK in Kosovo. The handover of bodies took place at the border crossing in Merdare at noon. The mortal remains were recovered from sites in Batajnica, near Belgrade, where the International Commission on Missing Persons (ICMP) estimates a total of 700 mortal remains were recovered during 2001 and 2002.Since the first mass graves of Kosovo Albanians were uncovered near Belgrade in the summer of 2001, ICMP has endeavored to make certain that these mortal remains were exhumed and identified as fast as could be done in a scientifically accurate manner.

With permission from the Serbian government and the appropriate local courts, ICMP has monitored the exhumations process in Serbia since 2001. ICMP anthropologists, archeologists and recovery monitors were present at almost every exhumation site. ICMP sent three of its forensic anthropologists to Belgrade, to coordinate with and assist the Coordination Centre for Kosovo and Metohija with the preparation for the transfer of these persons to Kosovo. Through a grant agreement signed with the Coordination Center in 2001, ICMP ensured that funding was made available and provided technical supplies for the entire process. ICMP has received almost all of the bone samples taken for DNA analysis from the Batajnica sites, as well as Petrovo Selo and Banja Basta. In addition, ICMP has collected and DNA profiled over 7,000 blood samples from family members with missing loved ones from the conflict in Kosovo.

To date, ICMP laboratories have generated 227 DNA match reports for cases of Kosovo Albanians exhumed in Serbia. Of these, 193 have already been submitted to the Coordination Centre for review and coordination with UNMIK on closing of cases. The first 37 Kosovo Albanians to be repatriated are from this number. ICMP has also submitted 235 DNA match reports to UNMIK of mortal remains exhumed in Kosovo.

ICMP has offered on-going support for activities of associations of families of missing persons. On May 8, the Coordination of Kosovo Albanian Family Associations organized a gathering of families of the missing to be present at the Merdare border with Serbia at 12:00. The families brought flowers and conducted a short ceremony while waiting for the bodies of their relatives.

Mr. Sheremet Ademi, president of the Kosovo Coordination Council of Families and of the Foundation Kujtimi in Mitrovica stated,

“Thanks to the professional work of ICMP and other organizations who are dealing with this issue, families will finally understand the truth and conduct re-burials with dignity, even though the truth is very bitter for them.”

Mr. Lush Krasniqi, president of the association “27 April Meja” based in Gjakova stated,

” Our thoughts are always with the families. We appreciate their need for closure, for truth and justice, and we will work to achieve that on their behalf. This first set of repatriations shows what can be done when all the organizations involved work together.”

Family associations of missing persons from #Kosovo and #Montenegro strengthened their skills to advocate for their legal rights to #justice, #truth and reparations at the two day training in #Pristina organized by ICMP within the regional project supported by @eu_near https://t.co/krOfxG6nzf 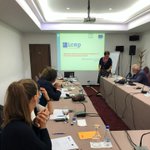 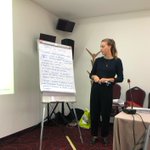 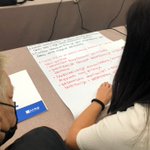 h J R
@GermanyinNL: Very impressive visit at @TheICMP! Interesting talk with @KatBomberger about ICMP’s work and a fascinating tour of the lab. This is science applied to highly political issues. https://t.co/A7zWXkhq8q