By Angelica Aparicio and Laura Manrique

Bogota, 29 October 2020 – Civil society organizations (CSOs) and families of the missing are fundamental to Colombia’s efforts to account for missing persons and need support from national authorities and the international community to fulfil their important role.

That was the message delivered by speakers in online discussion hosted this month by the International Commission on Missing Persons (ICMP) and the German Development Cooperation Agency (GIZ).

Discussions during the 13 October event  were based on a recent ICMP report that maps the work of Colombia’s vibrant and diverse civil society organizations, including family associations and other networks that support the Colombian Government in finding the more than 120,000 persons who are estimated missing from Colombia’s more than 50 years of conflict. The event was streamed live and is available on ICMP’s Spanish Facebook page.

Sinjar, Iraq 28 October 2020 — After pausing activities due to the COVID-19 pandemic, Iraqi authorities have resumed the exhumations of mass graves, with support from the United Nations Investigative Team to Promote Accountability for Crimes Committed by Da’esh/ISIL (UNITAD) and the International Commission on Missing Persons (ICMP), and in cooperation with the International Organization for Migration (IOM) and the Yazda Organization.

Representatives of the Government of Iraq, the National Coordination Committee (NCC), the Yazidi community, UNITAD, ICMP, and IOM were in attendance. Also attending were around 300 people, including many relatives of missing persons. The ceremony and operations were held under appropriate protection…

Belgrade 26 October 2020: Meeting in Belgrade last week, the Missing Persons Group (MPG), which brings together institutions that are responsible for addressing the issue of missing persons in Bosnia and Herzegovina, Croatia, Kosovo, Montenegro and Serbia, adopted the MPG annual report, which notes that the group’s collective work has led to the identification of the remains of 387 persons who were missing from the conflicts in the former Yugoslavia.

The report, which covers July 2019 to November 2020, will be presented in the context of the Berlin Process summit later this year.

“Since July last year, the MPG has closed 387 missing persons cases, and each identification has been recorded in the Regional Database of active missing persons cases,” Matthew Holliday, the Head of the International Commission on Missing Persons (ICMP’s) Western Balkans Program, said at this week’s meeting. “This shows tangible progress despite the challenges the region is facing.”

WHAT: Exhumation of mass graves in Solagh and Kojo

In August 2014 the Islamic State in Iraq and the Levant (ISIL) launched a deadly assault on Sinjar, Ninewa Governorate, overrunning Sinjar City and its surrounding areas. In Solagh subdistrict, ISIL militants committed mass killings of Yazidi women, and buried them in a mass grave. The remains from two such graves will be exhumed to then be matched, based on DNA sampling, with surviving family members. Authorities will return remains that are eventually identified to their families, giving them the opportunity to finally lay their loved ones to rest, appropriately and according to traditions.

The Iraqi Council of Ministers’ National Coordination Committee, along with the Mass Grave Directorate, Medico Legal Directorate, UNITAD, ICMP and IOM Iraq, invite you to cover…

The Hague, 21 October 2020 – The International Commission on Missing Persons (ICMP) recently began assessing Libya’s institutional, legal and technical capacities to address the issue of disappeared and other missing persons in a project that aims to lay the foundations for a sustainable process to account for missing persons.

The assessment includes mapping of stakeholders, civil society organizations and families of the missing.

Libya has a legacy of persons missing from the Muammar Gaddafi era, including wars with neighboring countries, the conflicts of 2011, the ongoing so-called “Second Libyan Civil War,” which began in 2014, as well as cases of missing migrants and refugees.

The ICMP assessment includes a review of activities undertaken so far in relation to recently discovered mass graves in Tarhuna and elsewhere in Libya. The discovery of these graves underlines the need for effective investigations of missing persons cases that can lead to accountability.

The donation to 26 organizations, concluded earlier this month, will enable the organizations to continue their advocacy and other work on missing persons despite distancing and isolation measures taken by Colombia in response to the Covid-19 pandemic. The donation, which also includes access to internet, was made with financial support from the European Union.

The recipient organizations are based in 12 departments, in most cases far from major cities. They will use the laptops to promote and strengthen the engagement and participation of families with missing relatives in the process to account for missing persons. The laptops also enable them to take part in activities organized by the Search Unit for Missing Persons (UBPD) and other state institutions.

Bogota, 13 October 2020 –The roles of and challenges faced by Colombian civil society organizations working on the issue of missing persons will be the focus of an online discussion hosted today by the International Commission on Missing Persons (ICMP) and the German Development Cooperation Agency (GIZ).

The event, to be held in Spanish, will be streamed live on ICMP’s Spanish Facebook page starting at 2 p.m. Colombian time (19:00GMT). The discussion will be based on a recent ICMP report that maps data on the work of civil society organizations, including family associations and other networks, involved in the efforts to account for the more than 120,000 persons who are estimated missing from Colombia’s more than 50 years of conflict.

The publication, the first of its kind in Colombia, highlights the central role played by civil society in ensuring that the state fulfils its obligation to investigate all missing…

The Hague, 7 October 2020 – A new International Commission on Missing Persons (ICMP) report that summarizes a year of policy discussions among Syrian civil society organizations (CSOs) and partners concludes that immediate action is needed to lay the groundwork for a future in which Syria’s missing can be accounted for.

The Syria Policy Process was facilitated by the ICMP and held under Chatham House rules from May 2019 to May 2020, provided a platform for Syrian CSOs and families to develop a shared vision on concrete measures that could be jointly undertaken to account for the missing.

Discussions at sessions held in The Hague, Istanbul and online – due to the Covid-19 pandemic – are summarized in the report, titled “Accounting for Missing Persons is an Investment in Peace: ICMP Syria Policy Process with Syrian Civil Society Organizations and Families of the Missing”.

About 100,000 persons are missing from the current…

The Hague, 6 October 2020 – A video recording of an open house held by the International Commission on Missing Persons (ICMP) offers viewers insights into the organization’s work at its headquarters in The Hague, Netherlands.

The open house event, held 1 October 2020, was a part of Just Peace Month, an initiative by the city of the Hague to highlight the many organizations related to justice and peace that are based in the city.

The two-hour event features an introduction by Director-General Kathryne Bomberger, a webinar on ICMP’s support to families of the missing, and a virtual tour of the laboratory where ICMP scientists extract and analyze DNA.

ICMP works with governments to help them account for missing persons, including by offering support in advanced DNA analysis to identify human remains, and it works with families of the missing to help them access their rights to truth, justice and reparations….

Read more
In Semizovac, representatives of local authorities and #ICMP’s WBalkans program attended a ceremony held at the Memorial to shahids and fallen soldiers. https://t.co/3xXiwIdBx7 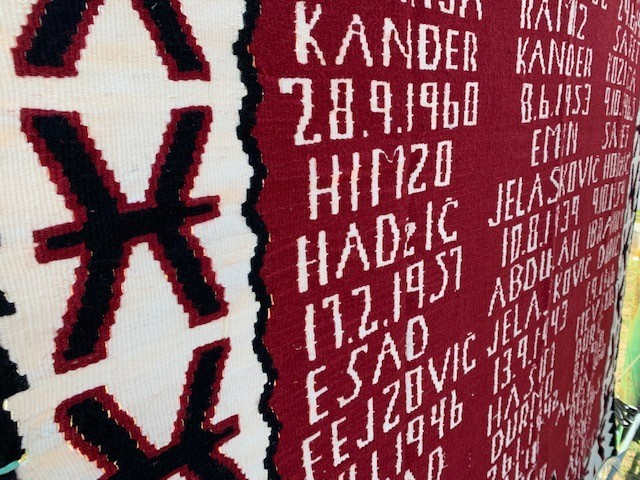 h J R
Families tossed roses into the Bosna River to commemorate victims & called on all who have information that can help find the missing to come forward. Information about sites suspected to hold missing persons can be reported anonymously to ICMP: https://t.co/g7IjaoIf1d https://t.co/Km1TjIGwyo 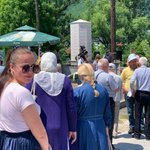 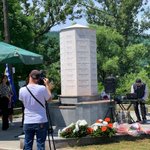 h J R
Yesterday, at #5to12, families of #missingpersons in Vogosca near Sarajevo, commemorated the 232 persons from the municipality who were missing after the 1990s conflict, including the 59 who still are unaccounted for. https://t.co/xNfYBRwpGh 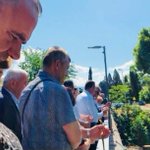 h J R
Relatives of #missingpersons released 82 roses, one for each person still missing in Mostar and Nevesinje following the 1990s conflict in the former Yugoslavia, into River Buna this week as part of commemoration activities. A religious service was held in Mostar. https://t.co/WHdxUjsDAE 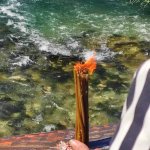 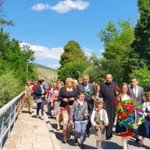