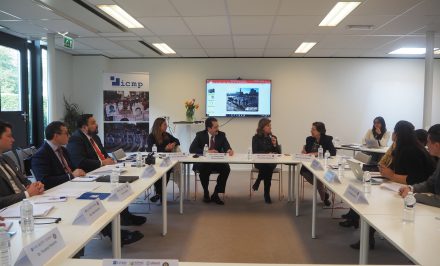 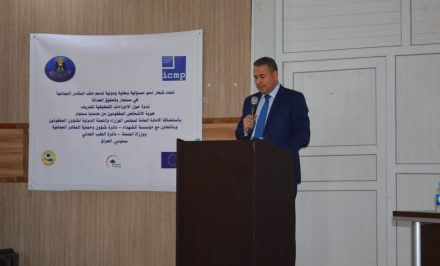 ICMP Commissioners are actively involved in addressing the global challenge of missing persons and represent ICMP at the highest diplomatic and governmental levels worldwide.

“The Board of Commissioners is delighted to welcome two such distinguished public figures to its ranks,” ICMP Chair Thomas Miller said today. “As ICMP extends its support to countries around the world, it is important that the Board has the capacity to engage effectively at a global level, and I believe that our capacity to do this will be enhanced by the involvement of our…

The Hague, 5 March 2019: The International Commission on Missing Persons (ICMP) has made the first human identifications using technology now being developed at ICMP’s laboratory in The Hague. The matches were made possible by the hugely increased analytical power of next-generation DNA technologies, known as Massively Parallel Sequencing (MPS).

“The use of MPS, which ICMP is developing in cooperation with academic colleagues and the international technology company QIAGEN, can achieve results in highly challenging cases, where current technologies have failed,” said Dr. Thomas J. Parsons, ICMP Director of Science & Technology, adding that MPS also enables identifications to be made between more distant relatives.

“We are excited to see ICMP successfully identify individuals once counted as lost, using state-of-the-art technologies developed through our longstanding collaboration. This collaboration has resulted in a custom designed next-generation sequencing panel perfectly suited for ICMP’s missing persons applications, and is based on QIAGEN’s GeneReader NGS…

Read more
Sullivan said: “It is an honour to have been awarded this prize. The topic offered an opportunity to explore key principles – of justice, truth and the rule of law – that underpin ICMP’s work around the world.” https://t.co/b3MAAvNFxd