The European Union External Action Service has published a series of interviews with Syrian women who have been thrust into the role of activists as a result of the conflict, including women who are working with the International Commission on Missing Persons to secure truth, justice and reparations following the disappearance of a loved one. http://bit.ly/2u8XVqW

Guatemala urged not to grant amnesty for genocide

Human Rights Watch has urged the Guatemalan Congress to comply with a 12 March 2019 Inter-American Court order to suspend consideration of legislation that would provide amnesty for genocide and other past atrocities. HRW says the proposed legislation would free dozens of military officials convicted of grave abuses and prohibit all future prosecutions of human rights crimes committed during the country’s 36-year internal armed conflict, which ended in 1996. http://bit.ly/2u8YWzg

Prosecutions of Da’esh suspects in Iraq are…

The Independent International Commission of Inquiry on Syria says scores of civilians are being killed in Idlib and western Aleppo, Voice of America reports. The commission says arbitrary arrests, detentions and executions continue in government-controlled areas, and armed groups and terrorist organizations unlawfully detain or kidnap civilians in Idlib and Afrin for expressing political dissent or for ransom. http://bit.ly/2O1zZ1Y

The mortal remains of at least nine victims of the Srebrenica genocide have been identified, and the families have approved burial on 11 July, the N1 TV station reports, citing the Missing Persons Institute of Bosnia and Herzegovina. It notes that this year’s collective funeral of the Srebrenica massacre victims might be numerically the smallest till now since no new mass graves have been discovered in recent years. http://bit.ly/2UzMBzT

The EU Observer publishes an article today by Mariam al-Hallak, co-founder of the Caesar Families Association, a civil society group working on the issue of Syrian detainees. The article urges participants at the EU-sponsored conference on Syria being held in Brussels this week to put pressure on the Damascus regime to free detainees, and “to make the detention issue the number one priority on their agenda.” https://bit.ly/2NVQBIl

Human Rights Watch has published an article on the 15th anniversary of the disappearance of Thai human rights lawyer Somchai Neelapaijit. Somchai was abducted on 12 March 2004 and later murdered, but his body has never been found. The article argues that investigations have been hampered by the fact that Thailand’s penal code does not recognize enforced disappearance as a criminal offense. https://bit.ly/2Hx4YBX

KirkukNow reports that since the rise…

Iraqi authorities have uncovered two mass graves in Salahuddin Province, north of Baghdad, containing the remains of victims believed to have been executed by Da’esh and al-Qaeda, Kurdistan 24 reports. http://bit.ly/2Jjb1N1

Sri Lanka: bodies found in Mannar mass grave date back to the 1400s

Human remains found in Sri Lanka’s largest mass grave, in the town of Mannar in the north of the country, date back some 500 years, based on 25 samples sent to a laboratory in the US, AsiaNews.it reports. It had been thought likely that the remains might be those of victims of Sri Lanka’s civil war, which ended in 2009. http://bit.ly/2NXIlrc

Nepalese Justice Minister Bhanu Bhakta Dhakal says the country’s Truth and Reconciliation Commission and Commission of Investigation on Enforced Disappeared Persons will be restructured to facilitate representation of conflict victims, The Himalayan Times…

UK: rise in the number of missing

Vice News reports on the rising number of missing persons cases in the United Kingdom, where 180,000 people are reported missing every year. “Someone goes missing every 90 seconds, according to figures compiled by the charity Missing People. One in 200 children will go missing, with that number standing at one in 500 for adults. In London alone, the number of reported missing person cases has increased by 77 percent since 2010.” https://bit.ly/2EWHMew

Argentina: search for the disappeared continues

History.com reports on the decades-long campaign of the Mothers and Grandmothers of the Plaza de Mayo, who have gathered every Thursday in Buenos Aires to bring attention to the 30,000 victims of enforced disappearance during Argentina’s “Dirty War”. Since 1983, nearly 900 former members of the junta have been tried and convicted of crimes. However, the mothers and grandmothers say they will keep fighting for…

Accounting for missing is an investment in peace

In an interview for Buka.com, a news portal in Bosnia and Herzegovina, Kathryne Bomberger, the Director-General of the International Commission on Missing Persons (ICMP) stressed that “accounting for the missing is an investment in peace” and highlighted the paramount importance of regional cooperation. “Bringing governments together to address common challenges and working with them to arrive at solutions together is important for trust building.” (Interview can be accessed in Bosnian/Croatian/Serbian at http://bit.ly/2tTq0m0 and in English at http://tr.im/niKY8 )

The Daily Telegraph reports that a Madrid cemetery has been accused of lying about cremating the bodies of 3,000 civilians executed under the regime of Francisco Franco after heavy rain exposed a mass grave. The new finding contradicts a claim by a municipal agency that said the ossuary containing the remains of those killed during…

Regional cooperation is the key to finding the wartime missing

Regional cooperation and a sustained commitment by governments to move forward with their respective missing persons strategies are key to finding those who are still missing from the conflict in the former Yugoslavia, the Director-General of the International Commission on Missing Persons (ICMP), wrote in an article that appeared in Balkan Insight today.  http://bit.ly/2HkyYRd

Malaysia’s new government has reopened an investigation into mass graves of Rohingya and Bangladeshi trafficking victims discovered in the jungle along the Thai border in 2015, Radio Free Asia reports. In late May 2015, Malaysian police disclosed that they had unearthed 106 sets of human remains from 139 graves at abandoned human-smuggling camps near Wang Kelian. Officials arrested 12 police along with several foreign nationals soon after the discovery. http://bit.ly/2IUlP3C

Read more
“With the EU’s financial and political support, ICMP will continue to help families of the missing to be engaged in the missing persons process and to advocate for securing their rights to #justice, truth & reparations,” said ICMP WB Head Matthew Holiday. https://t.co/dj0blpJx1u 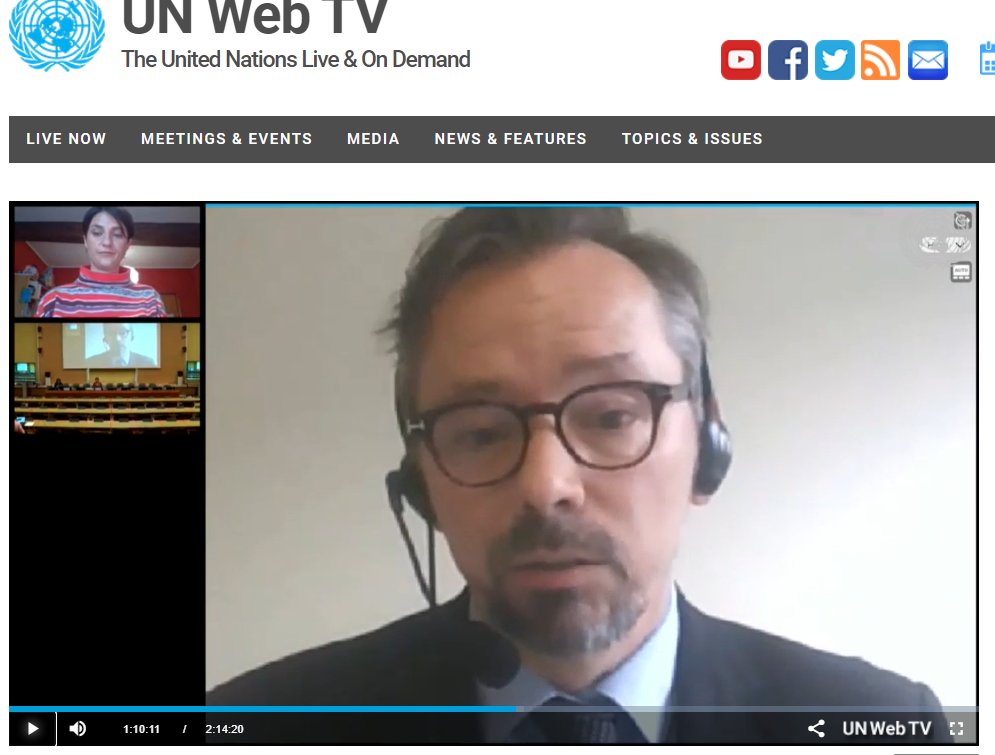