The International Commission on Missing Persons (ICMP) has submitted three new DNA match reports to the BIH Missing Persons Institute (MPI) using technology that is now being developed at ICMP’s laboratory in The Hague, FENA reports. The matches – which mean that three previously unidentified sets of human remains have been identified – were made possible by the hugely increased analytical power of next generation DNA technologies, known as Massively Parallel Sequencing (MPS). http://bit.ly/2VjEhUS

According to a new report from Harm Reduction International (HRI), executions for drug offenses are on the wane worldwide, however anti-drug user violence continues across the globe Filter Magazine reports. Most notably, state-sanctioned extrajudicial killings of people suspected of using or trading drugs continue in the Philippines under President Rodrigo Duterte, and “a similar assault on people associated with drugs is…

Sarajevo, 27 February 2019: The International Commission on Missing Persons (ICMP) has submitted three new DNA match reports to the BIH Missing Persons Institute (MPI) using technology that is now being developed at ICMP’s laboratory in The Hague. The matches – which mean that three previously unidentified sets of human remains have been identified – were made possible by the hugely increased analytical power of next generation DNA technologies, known as Massively Parallel Sequencing (MPS).

“ICMP’s use of MPS offers new hope for families who are still waiting to learn the fate of their loved ones,” the Head of ICMP’s Western Balkans Program, Matthew Holliday, said today. He said the number of new identifications enabled by MPS will be relatively small at first, but that it nonetheless represents a significant step forward. “The new technology can achieve results in highly challenging cases, where current technologies have failed and it also…

Amnesty International’s annual survey of the human rights situation in the Middle East and North Africa underlines ongoing crackdowns on dissent and civil society in Egypt, Iran and Saudi Arabia and condemns what it describes as growing impunity across the region, Associated Press reports. http://bit.ly/2SpNKYU

The Tamil Guardian reports that families of the disappeared from northeast Sri Lanka have held a mass rally in Kilinochchi rejecting the prospect of Sri Lanka being given more time to deliver on its co-sponsored UN Human Rights Council resolution, under which it committed to provide justice and accountability. https://bit.ly/2TizCFh

The Guardian reports on the UN Commission on Human Rights in South Sudan’s conclusion that routine and continuing abuses there “may amount to serious war crimes”. The…

The Italian news agency ANSA reports that, according to UNICEF, a total of 10,787 unaccompanied foreign minors are currently residing in Italy, down from the 18,000 registered at the end of 2017. The decrease was due to a drop in arrivals and to the fact that many teenagers who arrived over the last two years have turned 18, UNICEF says. Overall, 3,536 minors travelled to Italy by sea on their own. http://bit.ly/2SrYuGb

Iraqi security forces have discovered a mass grave, containing 23 bodies of Yezidi victims killed by Da’esh militants, in Al-Mahalbiyah Town, on the northwest of Nineveh Province, the Lalish web portal based in Duhok reports. Security forces have started exhumations, and remains will be sent to the Medical Legal Office in Mosul to be examined and later identified. (Original article in Arabic) https://bit.ly/2ICOtq2

The Washington Post reports on a bill before Guatemala’s Congress that would grant amnesty to perpetrators of crimes against humanity committed during the 36-year civil war. The bill would free more than 30 convicts, mostly former military officers, and invalidate current and future trials for crimes linked to the conflict. https://wapo.st/2BLGL79

UN High Commissioner for Human Rights Michelle Bachelet has expressed concern over “the apparent lack of due process and increasing criminalization of dissent in Nicaragua”, UN News reports. Over the last six months, several hundred people have been arrested and held in pre-trial detention for long periods for their alleged roles during protests that took place last year between April and July. http://bit.ly/2Vlb3Fd

The Guardian reports that the African Union will reject an EU proposal designed to stem migration,…

A mass grave holding an estimated 3,500 people has been found outside the Syrian city of Raqqa, the Rudaw news agency from Kurdistan, Iraq, reports. It says this is the biggest mass grave of Da’esh victims that has been discovered in Syria so far. Eight other mass graves have already been found around Raqqa, and local civil defense sources say 560 of 3,800 bodies have been identified and handed over to families for burial. http://bit.ly/2U23OSn

Human Rights Watch, Amnesty International and FORUM-ASIA have issued a statement calling on the Philippine government to “drop the politically-motivated charges against Senator Leila de Lima. Senator de Lima, a prominent critic of President Rodrigo Duterte’s “war on drugs,” has been detained in the headquarters of the Philippine National Police since 24 February 2017. http://bit.ly/2SiXK5Z 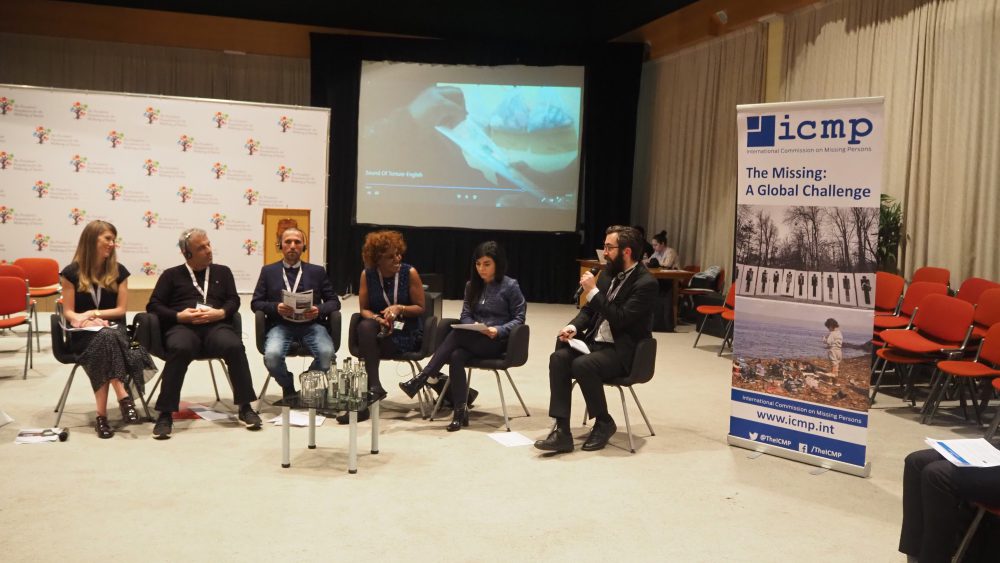 The Hague, 21 February 2019: At a workshop organized in Malta today by the International Commission on Missing Persons (ICMP), in cooperation with Missing People UK, participants noted that states in the Mediterranean have the means to account for large numbers of missing migrants and refugees, and can do this effectively if they adopt a pragmatic and systematic approach.

The workshop, entitled “Accounting for the Missing Is an Investment in Peace”, included testimony from individuals who have travelled on migration routes and who have experienced at first hand the disappearance of a loved one on their journey. It was part of the “Lost in Migration” conference organized by the President’s Foundation for the Well-being of Society and the NGO Missing Children Europe.

“Families of the missing are always the center, and often at the forefront of the process of accounting for missing persons, and…

Human Rights Watch has accused security forces in the Democratic Republic of Congo of killing at least 27 young men and boys and forcibly disappearing seven others during an anti-crime campaign between May and September 2018. It says that, “police officers, often wearing civilian clothes, apprehended without warrant suspected gang members at night from their homes or other locations. In many cases, the police blindfolded and bound the victims, took them to unidentified locations, and killed them. http://bit.ly/2GTdKtz

The European Center for Constitutional and Human Rights, which works to assist survivors of torture in Syria, says nine Syrians have filed a criminal complaint in Sweden against senior officials of the Damascus government, the New York Times reports. The complaint in Sweden follows similar moves taken in several European countries. https://nyti.ms/2tv5KXB

The Commission on Human…

Yezidi survivors wait to learn the fate of missing relatives

Reuters reports on the experience of Yezidis who lost loved ones during and after the 2014 Da’esh attack on their villages in Iraq. More than 3,000 Yezidis were killed in an onslaught that the UN described as genocidal. Survivors wait to learn the fate of family members ahead of the opening of mass and clandestine graves. http://bit.ly/2tu6sEH

A mass grave containing the remains of hundreds of 2004 Boxing Day tsunami victims has been unearthed in northwest Sumatra in Indonesia, the Daily Mail reports. The burial site was found during an inspection of land prior to construction work, and local citizens believe there are hundreds of burial sites in the area that were not clearly marked. The Boxing Day tsunami in 2004 killed more than 230,000 people. https://dailym.ai/2V2OKni

Accounting for the missing is an investment in peace

The Mediterranean remains the scene of daily tragedies, even if a reduction in the number of migrants reaching Europe has resulted in less media coverage, ICMP Director-General Kathryne Bomberger wrote in The Times of Malta today. She noted that, “while fewer refugees have tried to make the journey, fatalities and disappearances have continued,” and she highlighted “an urgent need to mobilize existing capacities among European countries such as Cyprus, Greece, Malta and Italy”. She expressed confidence that “through cooperation and coordination, European countries can tackle this problem quickly and effectively.” https://bit.ly/2Sbeqwg

Human Rights Watch has urged the authorities in Brazil to investigate allegations that one or more police snipers killed at least two people in a poor neighborhood of Rio de Janeiro in late January, 2019. Police killed 1,530 people in 2018 in…