The Hague, 23 September 2018 – The International Commission on Missing Persons (ICMP) welcomed visitors today at its headquarters in The Hague, the Netherlands, as part of the Hague International Open Day.

Director of Policy and Cooperation Andreas Kleiser, Director of Science and Technology Thomas Parsons, and Director of Data Systems and Coordination Adnan Rizvic briefed visitors on the development of ICMP’s international role since it was founded in 1996, and in particular since 2015 when it became a treaty-based organization and since 2016 when it moved its headquarters to The Hague.

The ICMP Agreement, signed by the Netherlands, the United Kingdom, Sweden, Belgium and Luxembourg in December 2014, mandates ICMP to secure the co-operation of governments and other authorities in locating persons missing as a result of armed conflicts, human rights abuses, natural and man-made disasters and other involuntary reasons and to assist them in doing so. ICMP supports the…

The Hague, 19 September 2018: The Government of Chile has ratified the Agreement on the Status and Functions of the International Commission on Missing Persons (ICMP).

The Agreement recognizes ICMP as an international organization tasked with assisting countries in their efforts to address missing persons cases from conflict, human rights abuses, disasters, organized crime, migration and other causes.

By ratifying the Agreement, Chile joins Cyprus, Luxembourg, The Netherlands, Serbia, Sweden and the United Kingdom, which have already done so.

ICMP has worked with the authorities in Chile for many years, helping relevant institutions to address the missing persons cases, including those who went missing under the Pinochet dictatorship. ICMP looks forward to working with the Chilean authorities and with Chilean civil society to address cases from the period of the dictatorship that have not yet been resolved, as well as other cases.

The Agreement does not create new international obligations for signatory States,… 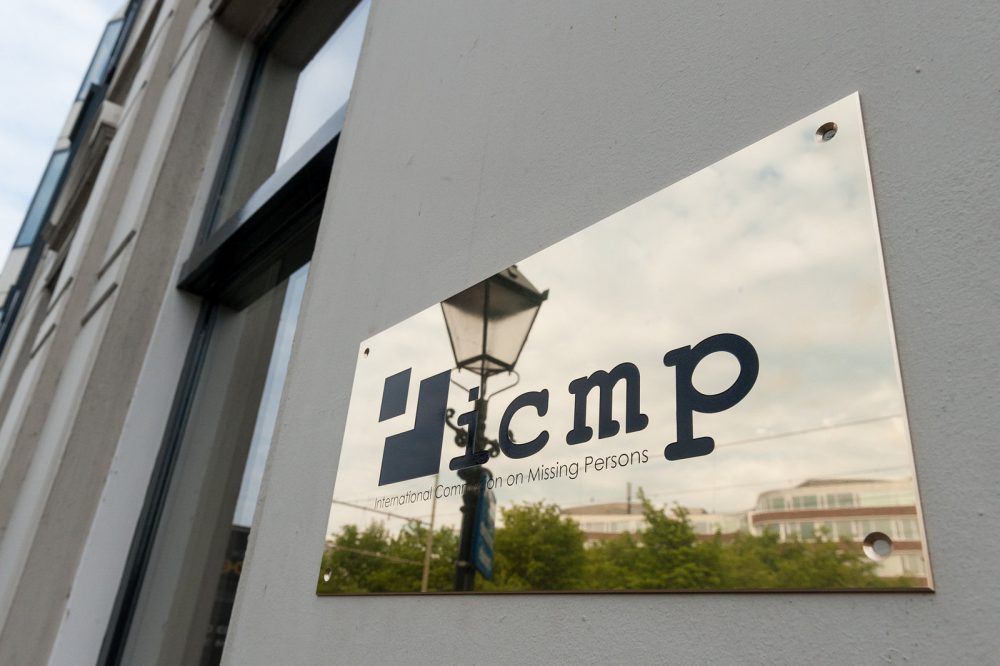 The Hague, 7 September 2018: The Government of the Kingdom of the Netherlands has made an additional financial contribution of EUR 250,000 to support the International Commission on Missing Persons’ (ICMP) Headquarters in The Hague. The funding will be allocated to strengthening ICMP’s forensic and data systems capacities, as well as activities to support global programs and international cooperation.

In addition to The Netherlands’ long-standing support for ICMP’s work in the Western Balkans, the Dutch Foreign Ministry and the City of The Hague have provided invaluable logistical and financial resources to help ICMP establish and develop its Headquarters capacity.

“The Agreement on the Status and Functions of ICMP, which established the organization as a treaty-based international organization in 2015, stipulated that the Headquarters of the organization should be in The Hague,” Kathryne Bomberger said today. “The proactive support from the Netherlands and…

The Hague, 4 September 2018: ICMP hosted a workshop at its headquarters in The Hague today examining strategies for developing and using a Manufacturers’ Exclusion Database (MED) for companies working in the field of forensic science.

ICMP created a searchable MED, in cooperation with the European Network of Forensic Science institutes (ENFSI) and DNA consumable manufacturers, in 2014, and makes this accessible to DNA consumable manufacturers and DNA laboratories, allowing them to detect external contaminants coming from the forensic analysis supply chain. The MED provides forensic laboratories and police investigators with an anonymous, secure and searchable online database of DNA profiles to search for contaminations originating with manufacturers or otherwise detected in DNA laboratories.

Ingo Bastisch, Head of the DNA laboratory at the German Bundeskriminalamt, spoke at today’s workshop about the necessary role of the MED from the standpoint of the forensic user community. ICMP Director of Policy and Cooperation Andreas…

Sarajevo, 4 September 2018: The United States Agency for International Development (USAID) awarded a grant of US$350,000 to a program implemented by the International Commission on Missing Persons’ (ICMP) that supports Bosnia and Herzegovina’s efforts to account for those who are still missing from the conflict of the 1990s. Besides USAID, other donors assisting the ICMP program in BiH are the European Union and Sweden.

ICMP’s program in Bosnia and Herzegovina provides assistance in forensic anthropology and archaeology, DNA matching and identification, and civil society development. In addition, ICMP is helping the authorities to address the interrelated issues of unidentified remains held in BIH mortuaries, and misidentifications that occurred before ICMP introduced DNA testing in 2001.

Matthew Holliday, the Head of ICMP’s Western Balkans Program, expressed the organization’s thanks for US support.

Noting that the BIH authorities have been able to account for almost 23,000 of the approximately 30,000 people who were…

Read more
Sixteen people took part in the training, which covered scientific methods to locate and identify #missing_persons, with a focus on forensic processes and safeguarding forensic #evidence.