In a report published on 12 December, the UN Office of the High Commissioner for Human Rights said that increased fighting in eastern Ukraine resulted in at least 15 deaths and 72 injuries among civilians from 16 August to 15 November. The report details 20 cases of killings, deprivation of liberty, enforced disappearances, torture, and conflict-related sexual violence committed on both sides. In territory controlled by armed groups, the report said, “arbitrary detentions and ‘prosecutions’ were compounded by the lack of recourse to effective remedy.” http://bit.ly/2kqCQDm

Human Rights Watch on Tuesday urged Gambia’s National Assembly to amend the Truth, Reconciliation and Reparations Commission bill to prohibit amnesties for those responsible for extrajudicial killings, enforced disappearances, rape, or torture, in accordance with international law and practice. http://bit.ly/2AdhbVO

A technical report being considered by Ireland’s…

Nigeria “must ensure justice” for families of Zaria massacre

The Nigerian authorities must ensure justice, truth and reparation over the killing of more than 350 civilians in the northern city of Zaria in December 2015, Amnesty International said in a statement issued on the second anniversary of the massacre. Between 12 and 14 December 2015, Nigerian security forces killed hundreds of civilian and arrested more than 200 following a Shi’a Muslim protest. Amnesty International has identified and visited the location of a possible mass grave near the town of Mando, but it is yet to be exhumed. So far, no one has been held accountable for the killings. http://bit.ly/2z1WRZ9

More than 1,600 bodies of presumed migrants have been found by the US Border Patrol in the past five years, and many are unidentified. Colibri Center for Human Rights, a nonprofit organization from Tucson in the…

ICMP’s DNA laboratory: from Bosnia to the Netherlands

The International Commission on Missing Persons (ICMP) has transferred many of its key functions, including its DNA Laboratory, from BIH to the Netherlands. ICMP explains that moving its headquarters to The Hague will not jeopardize its assistance to BIH, but will further increase the opportunities for identification based on the latest DNA technology, which will continue to be applied without any financial cost to BIH. http://bit.ly/2BbjvQK

Maroof Zaman, a former Bangladeshi ambassador to Qatar and Vietnam, has been missing since 4 December, when he was due to pick up his daughter from Dhaka Airport but never arrived. On 5 December, his car was found abandoned near the airport. Zaman’s disappearance follows similar incidents in the last four months, involving prominent individuals, including Mubashar Hasan, a North South University, teacher who has been missing since 7 November. http://bit.ly/2AskKLV 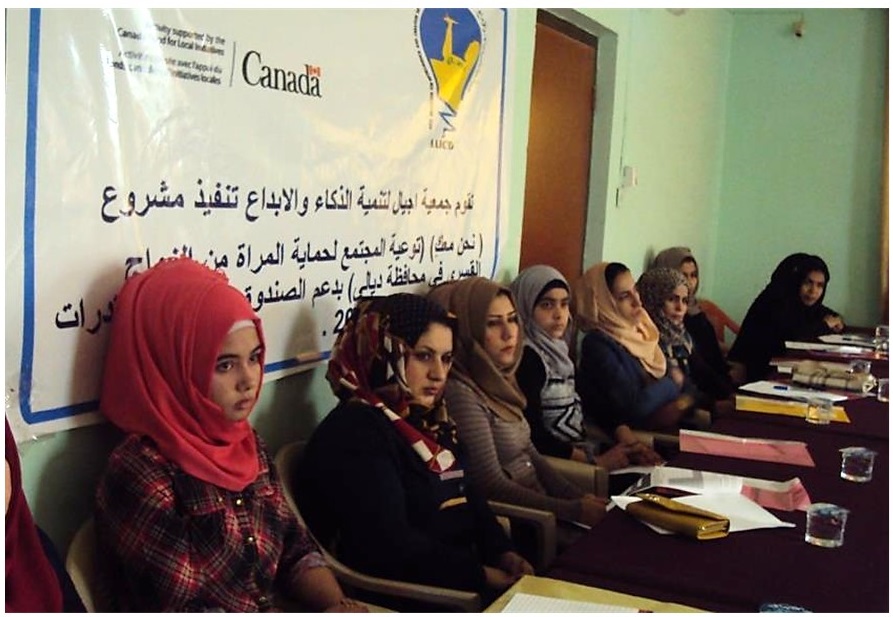 A key element in ICMP’s holistic approach to helping authorities around the world address the issue of missing persons is to ensure that families of the missing participate fully in the development and implementation of sustainable missing persons strategies. Survivors of missing persons do not seek information and justice and reparations as a favor or an indulgence from the authorities: they seek these things as a fundamental right, under law. This is a crucial point and one that should be brought to the fore on international Human Rights Day (10 December). In order to pursue successful missing persons strategies, families of the missing must assert their rights and government authorities must recognize and uphold those rights.

Ten of ICMP’s civil society partners in Iraq have issued a joint statement on the occasion of Human Rights Day. The NGOs, which are participating… 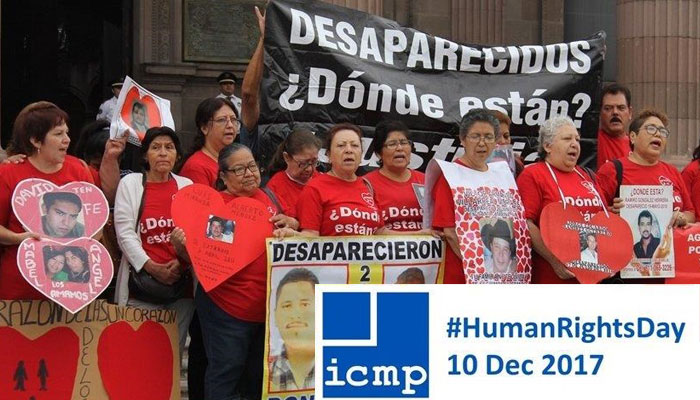 The Hague, 10 December 2017: As Human Rights Day is marked around the world today, hundreds of thousands of families of missing persons will continue to endure the agony of not knowing the fate of a loved one.

The challenge of addressing missing and disappeared persons is both a consequence and a cause of widespread distrust in public institutions in many parts of the world. The International Commission on Missing Persons (ICMP) sets out to rebuild or reinforce the credibility and capabilities of domestic and other authorities to instill and sustain trust by upholding fundamental human rights guarantees, including:

The experience of Mansour Omari, a journalist and activist who was held nearly incommunicado for a year in an underground prison in Syria is instructive. Omari was tortured and starved. When he was eventually set free in 2013, he smuggled out the names of all 82 inmates and began to search for the families of the men he was imprisoned with. It is believe that more than 11 million Syrians have been displaced since the start of the civil war. Omari’s efforts to expose the Syrian regime are featured in a documentary, “Syria’s Disappeared.” http://n.pr/2iCC9Gx 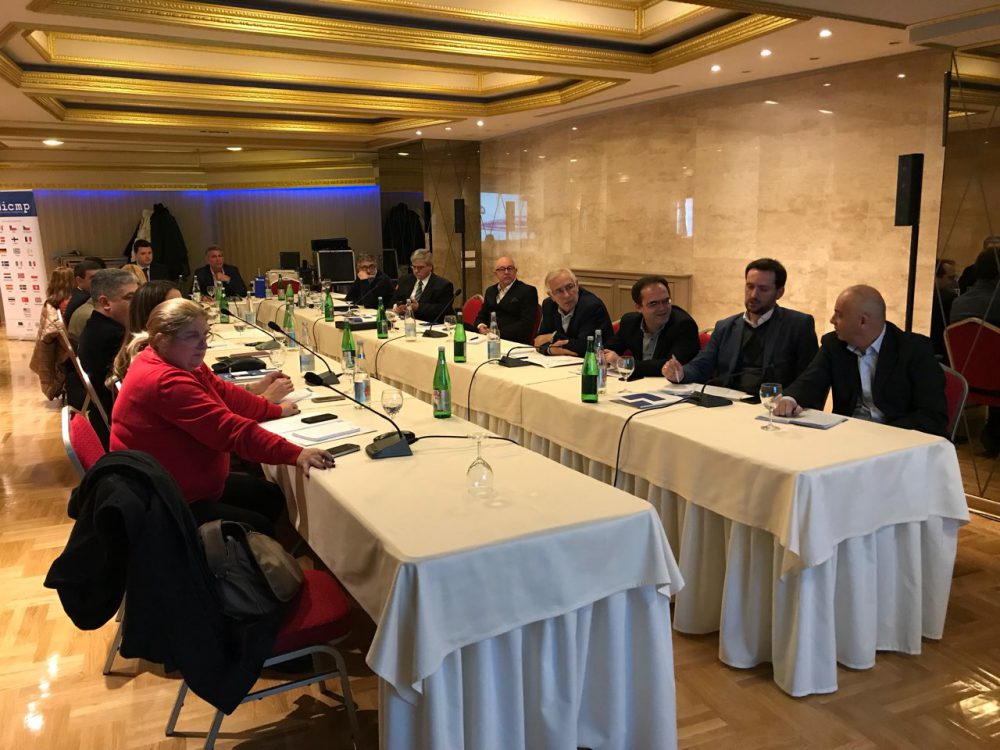 7 December 2017 – Today in Belgrade, ICMP convened a regional meeting to present the Database of Active Missing-Persons Cases from the Armed Conflicts in the Former Yugoslavia. The meeting brought together the Board of Directors of the Missing Persons Institute of Bosnia and Herzegovina, chairpersons of the commissions on missing persons from Kosovo, Montenegro, and Serbia, and the Assistant Minister in charge of the Directorate for Detainees and Missing Persons of Croatia.

ICMP’s regional partners in the Western Balkans expressed high praise for the Database and concluded that it will be an invaluable tool in their future work.

Since 1996, ICMP has spearheaded a regional effort that has made it possible to account for 70 percent of the 40,000 people who were missing because of the conflict in the Western Balkans. Nonetheless, there are still approximately 12,000 individuals who remain unaccounted for.

A truth commission that will investigate war crimes committed during Colombia’s half-century armed conflict has been inaugurated. The commission is part of the transitional justice system that also includes a war crimes tribunal. Expectations are high as tens of thousands of Colombians are missing, however President Juan Manuel Santos stressed that “the activities of the commission and the collected information will not have legal consequences.” http://bit.ly/2BHCnDB

A burial ground holding the remains of 3,000 suspected drug cartel murder victims has been unearthed in northern Mexico. The area was uncovered by Victims for their Rights… 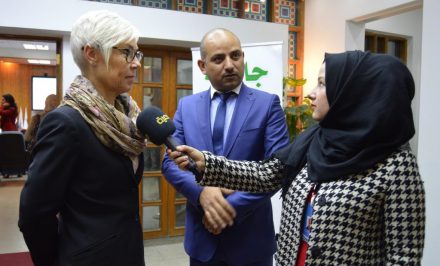 Baghdad, 6 December 2017: In Baghdad today, ICMP participated in the 2nd International Conference for Forensic Sciences and Forensic Medicine held in Baghdad, Iraq. The two-day event was organized by Al-Nahrain University and sponsored by the Ministry of Higher Education and Science Research of Iraq as well as the general Secretariat of the Imam Al-Husseini Holy Shrine. Aimed at unifying efforts among the relevant institutions in Iraq and neighboring countries, the conference brought together researchers and practitioners from universities and the government to discuss the latest development in forensic sciences and to identify areas of future research and professional training.

About ICMP in Iraq

ICMP has worked with the authorities in Iraq… 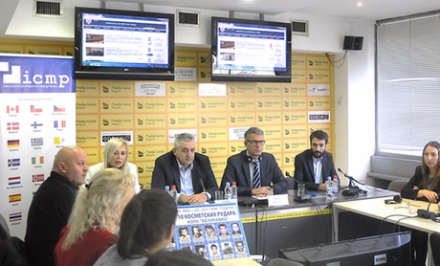 The Site Locator is a global application, but is initially being launched in the countries of the Western Balkans to assist in locating the remaining 12,000 persons missing from the conflicts in former Yugoslavia.  While more than 70 percent of the 40,000 who were missing in the region at the end of these conflicts have been accounted for, it is essential that every effort continues to be made to resolve remaining cases. The Site Locator is easy to use and can be accessed at ICMP’s Online Inquiry Center. Information can be provided anonymously, or may include contact details.

At a press conference today,…

Read more
#Job: We are hiring a #Civil Society Initiatives Officer for our #Syria #MENA program based in #Beirut, #Lebanon. More info available at: https://t.co/luUs74ABqY