Protests in Pakistan against enforced disappearances

The News from Pakistan carried a story on Thursday about a series of protests in Karachi against alleged abductions and disappearances of dozens of political workers. On Wednesday, protesters continued sit-ins and hunger strikes, demanding safe recovery of the missing persons from, as they say, the custody of law enforcement agencies. The article quotes activist Punhal Sario, who says that law enforcement agencies have picked up more than 40 activists, mainly belonging to Sindhi ethnic parties, and have not disclosed their whereabouts. http://bit.ly/2snFYGN

JollofNews.com, a web portal that covers events in Senegal and Gambia, reported on Thursday that investigations into alleged killings and forced disappearances committed by the regime of former Gambian President Yahya Jammeh have come to a halt. The United Nations Working Group on Enforced or Involuntary Disappearances (WGEID) has stated that investigations are delayed… 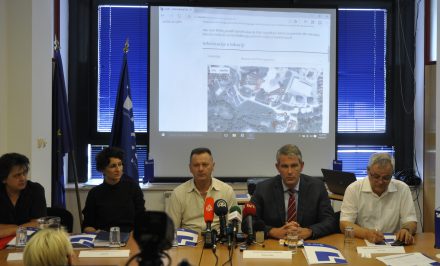 Sarajevo, 29 June 2017: The International Commission on Missing Persons has launched a new on-line application called the “Site Locator” to assist in locating sites, such as mass or clandestine graves, where the mortal remains of missing persons could be hidden. The Site Locator is intended for global use, but is initially being launched in the Western Balkans to assist in locating the remaining 12,000 persons missing from the conflicts of the 1990s.  The Site Locator is an easy-to-use application that can be accessed at ICMP’s Online Inquiry Center (http://bit.ly/2scO1Gb). Information can be provided anonymously, or may include contact details.

At a press conference yesterday, the Director of ICMP’s Data Systems Program, Adnan Rizvic, explained how the Site Locator works and how members of the public can use it to provide information. ‘’One of the biggest obstacles to locating and identifying the remaining…

Business Insider reported on Tuesday that 10 more mass graves have been found in the region of central Congo where it had previously been estimated that 3,300 people had died. Red Cross officials uncovered the graves and alerted the armed forces to the site. Major General Joseph Ponde told journalists that seven of the ten newly uncovered mass graves were located in Diboko. These mass graves add to the previously documented 42 mass graves found in the Kasai provinces, where violence erupted last August over the killing of a traditional chief by the military. http://read.bi/2t35G0w

No mass grave found in Kizevak, Serbia after 140 days of excavation

Novinite, a Bulgarian news agency, reported on Tuesday that forensics experts have determined that there is no mass grave at Kizevak, near Raska in Serbia. Excavation work began following reports of a mass grave containing… 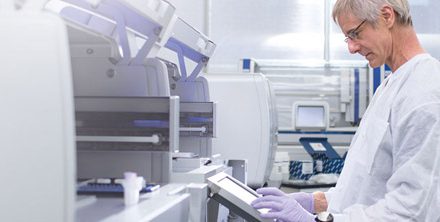 Under the watchful eye of Thomas Parsons, the International Commission on Missing Persons has become the global reference in forensic human identification. As the ICMP establishes its new headquarters in The Hague, it presents the opportunity to raise its expertise to the next level.

To the average passer-by, the entrance to the new ICMP headquarters is just another polished door on a pleasant main street in a quiet, neat Dutch city. It would be difficult to guess that the three-storey facility that lies behind will soon host a cutting-edge laboratory, working to bring solace and comfort to families that have lost loved ones through armed conflicts, disasters or migration.

A unique opportunity
On the third floor, ICMP Director-General Kathryne Bomberger sits at her desk in a quiet corner, watching the new offices take shape around her. She is quietly excited by the relocation. “The Hague is…

Balkan Insight reported on Tuesday that the appeals court in The Hague has ruled that the Dutch state was partly liable for the deaths of some 300 Bosniak men who were forced out of a Dutch UN peacekeepers’ base near Srebrenica in July 1995 and subsequently killed by Bosnian Serb forces. The court ruled that the Dutch state is liable for around 30 per cent of any damages awarded to the victims’ relatives, because it said it was not clear whether the men would have been killed anyway even if they were allowed to remain inside the base. The ruling only applies to around 300 Bosniaks who had taken refuge at the base in Potocari, not to the rest of around 8,000 Bosniaks from Srebrenica who were killed by Bosnian Serb forces in July 1995 – a crime classified as genocide by international…

On Saturday, Lifegate, a development we portal based in Italy, reported on the two-year process through which the Mexican Congress has worked on the General Law on Enforced Disappearances. Currently, there exists no federal law targeting the crime of forced disappearances except for one article in the Criminal Code. http://bit.ly/2sbDEmc

On Monday, Amnesty International urged Myanmar authorities immediately to release three journalists, who were detained while carrying out their work in the conflict-afflicted northern Shan State. Aye Nai and Pyae Phone Naing, both reporters for the Democratic Voice of Burma (DVB), and Thein Zaw (aka Lawi Weng), a reporter for the Irrawaddy newspaper, were arrested along with four other people they were travelling with. At present there is no information as to the identities of the four other detainees. http://bit.ly/2thDxFU

Hundreds missing in the war in Eastern…

The BBC reports today that more than 90 people are still missing after a huge landslide early on Saturday buried homes in a village in Sichuan province in southwestern China. Thousands of rescuers were deployed after some 40 homes were destroyed in Maoxian county. At least 10 bodies have been recovered, but rescuers say they do not expect to find anyone else alive. Heavy rain is thought to have triggered the landslide, causing the top section of a mountain to loosen, sending boulders and rocks crashing down onto Xinmo village below. http://bbc.in/2s6SE4S

Dawn newspaper from Pakistan reported on 25 June that 153 people, many of whom had rushed to collect leaking fuel, were killed after an oil tanker crashed on a road near the city of Bahawalpur in eastern Pakistan on Sunday….

On Thursday, Prensa Latina carried a story on the National Day against Forced Abductions in Guatemala. According to a Report published by the Commission for Historic Clarification in 1999, 45,000 people – mostly indigenous people, union, community and student leaders, and social activists – disappeared during the more than 30 years of conflict that came to an end in 1996. Although the National Day against Forced Abductions was established in 2004, the authorities have refused to create a commission to find victims of enforced disappearance. http://bit.ly/2tVGmZA

On Thursday, Associated Press reported on a network of secret prisons in southern Yemen, stating that abuse and torture are routine as hundreds are detained, ostensibly in the hunt for al-Qaida militants. The informal prison network is run by the United Arab Emirates and the Yemeni forces it has created, AP says.

All Africa carried comments on Wednesday by Zimbabwe Secretary for Justice, Legal and Parliamentary Affairs Virginia Mabiza, saying that the Zimbabwean Government is committed to implementing 151 of 260 recommendations made by the UN Human Rights Council during the second cycle of the Universal Periodic Review in November 2016. The recommendations include guaranteeing freedom to demonstrate, and prohibition of torture and enforced disappearances. http://bit.ly/2sYjTOG

Human Rights Watch reports today that the United Arab Emirates (UAE) is supporting Yemeni forces that have arbitrarily detained, forcibly disappeared, tortured, and abused dozens of people during security operations. HRW has documented the cases of 49 people, including four children, who have been arbitrarily detained or forcibly disappeared in the Aden and Hadramawt governates of Yemen over the last year; at least 38 appear to have been arrested or detained by…